Imagine This: Air Force Fighters Like the F-35 and F-22 Armed with Lasers 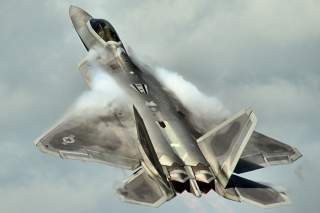