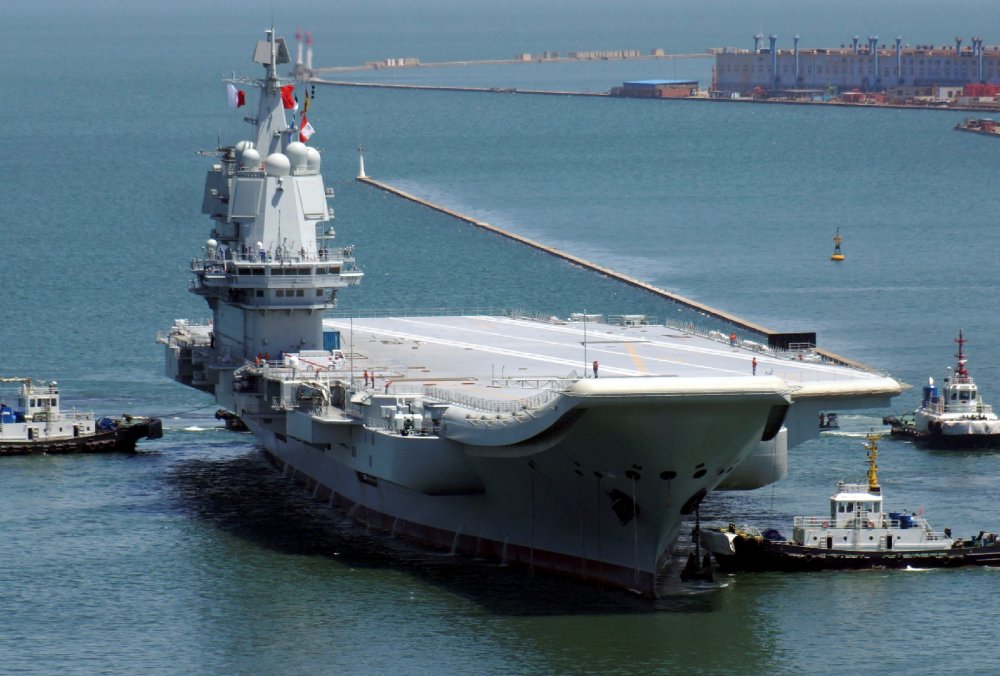 The Russian aircraft carrier Admiral Kuznetsov has entered what is expected to be a substantial refit. Its performance in a recent deployment off Syria was not adequate; in addition to engine problems, it suffered flight-deck issues that contributed to the loss of two fighters, a substantial portion of its flight group. The readiness of Kuznetsov has suffered across its entire career, in large part due to a lack of experience and maintenance funding. As it is already nearly thirty years old, it is unclear how much more service the Russian Navy can wring from the hull.

And yet there is little reason to hope for a replacement on the near horizon. Despite occasional claims that a new carrier will be laid down soon, serious design work has yet to begin. Moreover, in a time of defense austerity, Russia seems to be deemphasizing its surface fleet. It is not at all clear that Russia could build an aircraft carrier in a reasonable time frame even if it wanted to.

Russian shipbuilding is, at least as far as large surface ships are concerned, a complete mess. In the last decade and a half, Russia has largely reconstituted its ability to build submarines, as well as to construct small surface vessels. This has not, as yet, extended to the construction of large ships. The transfer of two Mistrals from France was intended to jumpstart the industry, as two additional ships would be constructed in Russian yards. However, the deal fell through and no clear plans for replacement have come to fruition. Even the reconstruction of INS Vikramaditya, intended in part to rebuild skills in carrier construction, ended half a decade ago.

The problem is exacerbated by the loss of Ukraine. All four Kiev-class carriers were built in Ukraine, as were the two Kuznetsov-class ships. Ukraine, of course, gained its independence with the dissolution of the Soviet Union, and while relations between the two countries remained cordial enough to continue defense-industrial cooperation until 2014, the annexation of Crimea ended that.

Chinese shipbuilding, on the other hand, has made tremendous strides over the past decade. Since 2007, China has launched six twenty-five-thousand-ton LPDs, seventeen seven-thousand-plus-ton destroyers, one thirteen-thousand-ton cruiser and, of course, a new aircraft carrier. China’s newest carrier, a half-sister to Liaoning and to the Russian Admiral Kuznetsov, will soon enter sea trials, a mere five years after being laid down. A new carrier, of indigenous design and displacing eighty-five thousand tons, has been under construction since 2016. China is also building a large, flat-decked amphibious assault carrier, displacing some forty thousand tons, and six additional cruisers.

Past Experience with Capital Ship Acquisition

There is nothing new or unusual about navies acquiring capital ships from foreign builders. During the dreadnought period, countries regularly ordered major vessels for construction from foreign yards; the United States, the UK and Germany each constructed battleships for navies in Europe, Asia and South America. In some cases, this included technology transfer and a kick-start for domestic shipbuilding, as was Japan’s intent in ordering battleships from British yards. In other cases, the buyer had no intention of ever constructing such vessels on its own. The trend continued after World War II, as the United States and the United Kingdom exported aircraft carriers to a variety of countries.

More recently, Russia reconstructed the carrier Baku and transferred it to India, where it became INS Vikramaditya. Ukraine transferred the incomplete hulk of the carrier Varyag to China, which rebuilt the ship and commissioned it as Liaoning. As noted above, Russia itself attempted to purchase a pair of assault carriers from France, seeking technology transfer and an industrial jumpstart. This transfer failed because of Russia’s annexation of Crimea.

Analysts are skeptical. According to CNA’s Michael Kofman, “the idea is not entirely crazy, it is simply that there is little discernible need for a carrier in the Russian navy. I don’t see any drive or desire to attain a new carrier in Russia. Russia has no practical need of a carrier, it is simply for symbolic purposes to project status. Its only practical mission is to sustain Russian naval aviation; that part of the service doesn’t want to die so they need a carrier. If the carrier goes then the naval aviation goes. As such the Kuznetsov does fine.”

Dmitry Gorenburg makes a similar case. “The Russian military leadership decided in recent years to focus its naval construction on smaller ships with more powerful armaments, rather than going for recreating the big blue water navy that the Soviet Union developed under Gorshkov. There’s little reason to pour resources into an aircraft carrier when you aren’t even building destroyers. The previous attempt to buy a big ship from a foreign shipyard was very controversial domestically because of opposition both from domestic industry and from traditionalists in the Russian military who did not want to be dependent on a foreign power for military hardware. That past experience will act as a discouraging factor for anyone who might want to try again, even if China is not the same as France from a political point of view.”

The fact that Russia’s strategic rationale for carrier acquisition is tenuous may actually speak in favor of foreign acquisition. Unlike the United States and (apparently) China, Russia will have no need for the long-term infrastructure needed to maintain a modern carrier fleet. As many countries have done in the past, Russia could even outsource downstream maintenance and refurbishment work to China. And there is no question that China can churn out a carrier faster than Russia can build one, and probably at a higher quality of construction, given the extensive experience of its shipbuilders.

For China, the upsides would also be clear; the construction of a Russian carrier would further the development of infrastructure and human capital necessary to build future carriers. It would help cement the emerging Moscow-Beijing security relationship, and offer deeper insight into the proprietary technologies that Russia might wish to install on the carrier. It would give China greater administrative experience on the international warship-building market.