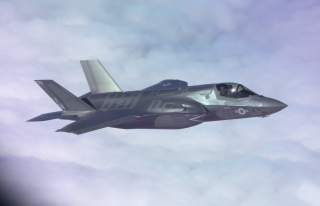 Buying in large numbers inexpensive but highly-capable unmanned aerial vehicles could help the RAF to add “volume” to its over-stretched forces.

LANCA “will produce a preliminary system design for an unmanned air vehicle and assessment of the key risk areas and cost-capability trade-offs for an operational concept,” the U.K. defense ministry stated. “Initial flight test of the demonstrator air vehicle could take place as early as 2022.”

The Project Mosquito’s capabilities could include swarming. "The swarm will hunt for enemy radar and missile systems and then cue our other aircraft to avoid or destroy them,” the defense ministry told Jane's.

LANCA aims to deliver “dramatic reductions in traditional cost and development timeline,” according to the defense ministry. A single F-35 manned fighter today costs around $100 million.

The RAF views a fast, armed wingman drone as an affordable way to add mass its fighter force. The U.K. air arm in mid-2019 operates just 119 fighters, the lowest number in its history.

“Volume is the key part to this [swarming UAV concept],” Air Chief Marshal Sir Stephen Hillier, the chief of the air staff, told Jane’s reporter Gareth Jennings. “We have great capabilities in the RAF, but not much of it. This mass is what constantly concerns me – we need to create more targets in the air; we need to grow mass."

Boeing's Australian subsidiary unveiled the so-called “Airpower Teaming System” at the Australian International Airshow at Avalon in February 2019. The most striking part of the new system is a 38-foot-long, jet-powered drone that Boeing said could carry weapons and sensors and fly as far as 2,000 miles—all while being more affordable than a $100-million manned jet.

The drone has the distinctive, sharp angles of a radar-evading stealth aircraft.

China and Japan also are working on wingman drones. A mock-up or prototype of China's 30-feet-long Dark Sword drone first appeared in public in an undated photo that circulated on-line in mid-2018.

Project Mosquito has two planned phases. After the 12-month first phase, phase two will select up to two of the first-phase solutions to mature the designs, complete manufacturing of a technology demonstrator and conclude with flight-testing.