Imagine if the Army Never Built the M1 Abrams Tank, the Apache Helicopter or Patriot Missile? 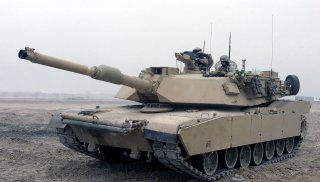 Robert Farley is a frequent contributor to the National Interest. He is a visiting professor at the United States Army War College. The views expressed are those of the author and do not necessarily reflect the official policy or position of the Department of the Army, Department of Defense, or the U.S. government.