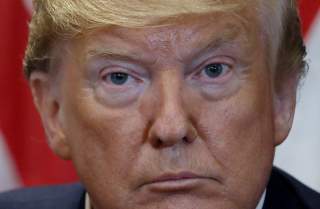 Editor’s Note: Impeachment is a predominantly legislative process currently followed in several dozen countries, including Brazil, South Korea and the Philippines. “Impeach” has roots in the Latin word for being caught. It allows members of the legislature to indict, or charge, an official with criminal activity. The official will be removed from office only if convicted.

Jacob Neiheisel, an assistant professor at the University at Buffalo, SUNY answers five questions about how impeachment works in the United States.

1. What sort of crime can lead to impeachment?

The U.S. Constitution states that the president, as well as the “Vice President, and all civil Officers of the United States” can be removed from office, after being both impeached and convicted, for “Treason, Bribery, or other High Crimes and Misdemeanors.”

Treason and bribery are straightforward, but what exactly constitutes a “High Crime” or “Misdemeanor” has always been open to interpretation. Although not the formal reason, scholars argue Andrew Johnson, the first American president to be impeached, was targeted because of his “soft” approach to states of the former Confederacy during Reconstruction. The official reason was his violation of the Tenure of Office Act – which was later declared unconstitutional by the Supreme Court.

Articles of impeachment were brought against Bill Clinton for perjury (lying under oath) and obstruction of justice, but there is little doubt that there were also partisan motivations behind the charges.

Even Alexander Hamilton expected the process of impeachment to be overtly political. President Gerald Ford put the matter bluntly when he described an impeachable offense as “Whatever a majority of the House of Representatives considers it to be at a given moment in history.”

2. How does the process work?

Removing a president – or other federal officer – from office happens in stages.

After impeachment, the case is referred to the Senate for trial. The trial runs much as it would in a criminal case, and witnesses can be called on either side. A supermajority, or two-thirds, of the Senate then has to vote to convict and remove the individual in question from office.

Although two presidents, Andrew Johnson and Bill Clinton, have been impeached by the House, both avoided being removed from office by the Senate.

A common misconception is that the Supreme Court plays a major role in the proceedings. The chief justice does preside over impeachment trials in the Senate, but that is the court’s only role.

3. Republicans have a majority in the House and the Senate. Does that essentially make Trump bulletproof?

Although it is possible that Republican members of Congress could join with Democrats in calling for Trump’s removal, as we saw happen in the run-up to Nixon’s resignation over the Watergate scandal, today’s polarized political environment makes such an occurrence unlikely absent clear and convincing evidence of major wrongdoing. While Nixon’s impeachment was likely inevitable, with Democratic majorities in both houses of Congress in 1974, today Republican defections from Trump would be essential to any movement toward impeachment.

Currently, there are 238 Republican House members. That means 23 Republicans would have to join with all of the Democrats in the House to impeach Trump. The articles of impeachment against Trump might look remarkably similar to those levied against Nixon and Clinton. That is, Trump would likely face impeachment on the grounds that he obstructed justice should the allegations in fired FBI Director James Comey’s memo prove too troubling to ignore.

4. Can officers other than the president be impeached?

Absolutely. In fact, 15 federal judges have been impeached, although only eight have been removed from the bench. The most recent example was in 2010 when federal Judge G. Thomas Porteous was found guilty on multiple articles of impeachment by the U.S. Senate. Porteous was found to have accepted bribes from lawyers with dealings before his court.

If President Trump was removed from office, Vice President Mike Pence would be immediately sworn in. In the unlikely event that both the president and the vice president are impeached by the House and convicted by the Senate, Speaker of the House Paul Ryan would become president.