Impeachment: A Preview for What Could Come Next for Donald Trump 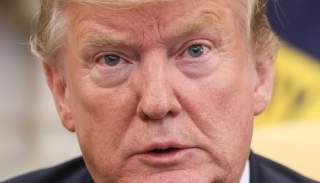 Some Democrats began calling for President Trump’s impeachment less than two weeks after he took office – almost before he could begin carrying out his duties as president. House Speaker Nancy Pelosi consistently balked at heeding their demands for more than two and a half years.

That changed this week, with her announcement that the U.S. House of Representatives would embark upon an impeachment inquiry.

As that inquiry moves forward, it is important to understand that the Framers of the Constitution did not provide for impeachment as a partisan political weapon or as a response to a president’s policies with which members disagree.

Speaker Pelosi was sensitive to this back in 1998. Back then, when commenting on the impeachment of Bill Clinton, she said quite correctly that impeachment should not be based on “vengeance.”  Expanding on that theme, she lamented that in the “investigation of the president, fundamental principles which Americans hold dear – privacy, fairness, checks and balances – have been seriously violated and why?  Because…Republicans in the House are paralyzed with hatred of President Clinton.”

So why did the Founders provide for impeachment? It was created as a constitutional remedy for serious misconduct by the president and other federal officials that renders them unfit for office. Specifically, it is to address “Treason, Bribery or other High Crimes and Misdemeanors.”

How does the impeachment process work?

The Constitution gives the “sole Power of Impeachment” to the House, which can approve articles of impeachment by a simple majority. As a practical matter, therefore, it might be said that the category of “High Crimes and Misdemeanors” includes whatever the House says it does. But America’s founders took this phrase from English common law, where it had developed a definition. It is a narrow category of serious misconduct that requires removing the president now, rather than waiting for the next election.

Articles of impeachment approved by the House are similar to a criminal indictment by a grand jury: they are a list of unproven accusations. The House has adopted 19 of the more than 60 resolutions of impeachment introduced since our Founding. Fifteen of those have been for federal judges, including Supreme Court Associate Justice Samuel Chase in 1804.

The last resolution of impeachment approved by the House concerned former U.S. District Judge G. Thomas Porteous, Jr. in 2009. He was accused of receiving gifts, cash payments and other valuable items from lawyers practicing before him.

The Senate has the “Sole Power to try all Impeachments,” although the Constitution does not explicitly require the Senate to act on the articles of impeachment or to hold a trial. Under congressional rules, members of the House who are designated as impeachment “managers” have the role of prosecutors.

The impeachment trial of a president is presided over by the Chief Justice of the Supreme Court and held before the entire Senate.

Impeachment trials of other officials (under rules established by the Senate) take place before an impeachment trial committee of senators. In these trials, Senators have a role that combines features of both judge and jury, with the authority to govern the conduct of the trial and decide any evidentiary issues that may arise.

An impeachment trial in the Senate is not a criminal trial. None of the procedural and due process rules of the federal courts apply. Instead, the Senate has adopted a specific set of rules for impeachment trials. It is a legislative civil proceeding intended to decide whether a federal official should be removed from office and barred from ever holding federal office again.

Those are the only remedies outlined in the Constitution. However, it also provides that officials who have been impeached and removed may still, if appropriate, be prosecuted. This would include a president after he leaves office.

It takes a vote of “two thirds of the Members present” in the Senate to convict an impeached federal official. Removal from office is automatic upon conviction, and the Senate takes a separate vote whether that individual should also be barred from future federal office.

The House has impeached only two presidents in our history: Andrew Johnson in 1868 and Bill Clinton in 1999. Both were acquitted by the Senate and, therefore, remained in office. Richard Nixon resigned before the House could vote on articles of impeachment that had been approved by the Judiciary Committee.

The last trial held in the Senate and the last federal official convicted and removed from office was Judge Porteous. George Washington University law professor Jonathan Turley acted as the defense counsel for Porteous, illustrating that an impeached official is not limited to choosing a member of Congress as his defense counsel.

Impeachment is a way of removing public officials for serious misconduct. It has been used very rarely in American history and should follow the norms and standards that America’s Founders understood when they provided for it in the Constitution.

Hans von Spakovsky is a senior legal fellow in The Heritage Foundation’s Center for Legal and Judicial Studies.