India Is About to Start Targeting Citizens Without Proof of Ancestry 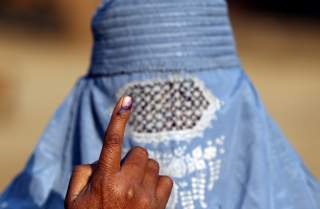 The Indian government will soon ask its 870 million voting-age citizens for documentation that they are legal citizens with ancestral ties to India.

On Nov. 20, Indian Home Minister Amit Shah announced a plan to expand the National Registry of Citizens, a four-year documentation effort that recently concluded in India’s northeastern state of Assam, to the entire country. Shah claims that the effort will help identify illegal immigrants in a “nondiscriminatory” fashion.

The news was met with some dismay. After Assam finished tallying its 30.5 million people in August, about 1.9 million were declared “foreign.” Some were Bangladeshi immigrants living in Assam illegally. Others were refugees who migrated to India after Bangladesh’s independence war in 1971. Most were women, members of oppressed castes, religious minorities or poor.

Even some people with paper ID were rejected from the register because of misspelled names or incorrect formats.

As a historian who studies identity and exclusion in India, I know that when governments try to determine who belongs and who does not, the most marginal are inevitably left out.

India, which was under British rule from the 18th century until 1947, has seen many different governments try to define citizenship.

The British Indian Passport, implemented in the early 20th century, was the first large-scale attempt. The British used their passport to give “respectable” Indians the right to travel across British colonies and prevent travel by groups deemed “undesirable” by the colonial government – indentured and migrant workers, anti-colonial and communist dissidents, among others.

After the arbitrarily drawn partition of the British-ruled subcontinent into the sovereign nations of India and Pakistan in 1947, new systems of documentary control were invented to control the ensuing refugee flows between two new countries.

Some of these would later come to serve as evidence of nationality in India. The India-Pakistan Passport, which enabled people to cross freely between the two countries, did double duty as a certificate of citizenship. India’s ration cards, which entitled Indians to welfare distribution in the post-colonial era, also served to verify residency and allowing inclusion into electoral rolls.

In 2009, India launched the ambitious Aadhar project. The goal of this project was to provide a biometric identity and unique identification number to all of India’s 1.3 billion people.

Though critics have raised concerns regarding privacy and surveillance, most Indians now have an Aadhar card.

Yet, in Assam, this card was not considered valid for the state’s citizenship registry. Anyone who has been in India for six months can apply, so the state considered the Aadhar card insufficient proof of residency.

Prime Minister Narendra Modi and his Bharatiya Janata Party have released few details about the planned national extension of the citizen registration process. It is unclear when it would begin, how long it would take and which government agency would lead the process.

But the Indian Ministry of External Affairs stated that it will follow the Assam method of determining citizenship. A spokesman says the state used a “fair,” “nondiscriminatory” and “scientific” way to identify illegal immigrants.

To register officially as an Indian citizen, people across the country will have to submit a combination of documents that confirm residence and establish links to India. These include birth certificates, land deeds, prior inclusion within electoral rolls or evidence of government service.

But documentary proof of identity requires access to state services and financial privilege. In India, as in other emerging economies, many people lack government-issued birth certificates and land deeds.

Traditionally, long-time residence, kinship, language and religion have been sufficient proof of belonging in India.

Modi’s commitment to Hindu nationalism – a political stance that promotes India as a Hindu nation – has raised concern that any national citizen ID effort will target Muslims, India’s largest majority.

Since entering office in 2014, Modi has revoked the special status of Kashmir, the only Muslim-majority state in India. He has overseen legislation that economically and socially excludes Muslims and watched silently as hate crimes against Muslims surge.

A particular reason for concern about religious discrimination in the citizen identification process is a separate citizenship bill likely to be approved by the Indian Parliament.

It promises to grant Indian citizenship to all Hindus, Buddhists, Jains, Sikhs and Christians who have fled religious persecution in Pakistan, Bangladesh or Afghanistan. Their citizenship would be automatic after a short residency in India and would require no documentary proof.

If that bill passes, the results of any future national citizen documentation process would in effect apply solely to Muslims who cannot prove residency.

Many countries have stumbled during efforts to identify all their citizens.

Periodic U.S. efforts to identify and expel undocumented migrants in the 20th century at times led the government to mistakenly detain and even deport American citizens who lacked the proper ID.

The 1.9 million Assam residents unable to prove their Indian citizenship may now appeal to the Foreigners’ Tribunals, quasi-judicial bodies created by the Assam government for this purpose.

Deportation is not an option for the majority of people excluded from Assam’s citizenship rolls. They do not have residency elsewhere. Neighboring Bangladesh says it will not accept Assam residents declared to be Bangladeshi immigrants without proof of Bangladeshi citizenship.

For many, the pain of not qualifying as Indian has started taking its toll. At least 30 people excluded from the Assam registry have killed themselves this year.