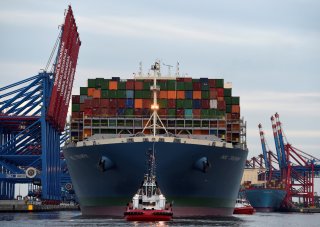 Ever since the beginning of the Covid-19 pandemic, many in the West have discussed the need for supply-chain diversification to decrease their dependence on China for manufactured goods. Recently, these conversations reemerged as China faced new lockdowns that paused economic activities. Due to its large and young population, lower wages, and relatively diverse industries, India has been a popular candidate for replacing China as a manufacturing powerhouse in the global supply chain. As an English-speaking liberal democracy as well as a member of the Quad and the newly introduced Indo-Pacific Economic Framework (IPEF), India also enjoys close relations with Western countries, many of whose business leaders happen to be ethnic Indians. Additionally, last month, the United Nations predicted that India’s population would surpass China’s in 2023.

With everything seemingly going right for India, can it really replace China on the global supply chain? Unfortunately for India, due to its insufficient labor quality and infrastructure investment, fractured society, market restrictions, and trade protectionism, the South Asian nation is unlikely to replace China in the global manufacturing supply chain anytime soon.

To begin with, India’s labor quality and infrastructure availability fall far behind China’s. Many people consider India’s low labor costs a key advantage vis-à-vis China. Indeed, India’s daily median income in urban areas in 2017 was $4.21, roughly sixteen years behind China’s, which was $12.64. However, what good are low labor costs if the benefits are also relatively low? Despite India’s laudable development achievements in the past few decades, its capability enhancements have lagged far behind China’s. India’s share of stunted children today is roughly the same as China’s over two decades ago, its life-expectancy growth is twenty-five years behind China’s, and its adult literacy rate is roughly three decades behind.

Not to mention, India’s state capacity is less extensive than China’s, and many Indians who grow up in slums live their entire lives without government files. Therefore, India’s lag in labor capability enhancement behind China is likely worse than what official data suggest. These factors affect workers’ efficiency on factory floors and their ability to advance their careers in manufacturing over the long term. Low labor costs might not make up for these low labor qualities. In fact, if India cannot deal with these capability deficits effectively, its surging population might undermine India’s social stability, although the Modi administration has done well so far in this respect.

Besides labor, manufacturing also requires capital, especially infrastructure. Few developing countries can compete with China in this regard, and India is no exception. To be clear, when foreign investors chose China to be their manufacturing hub, it was, to a certain extent, a coincidence. In 1994, China reformed its tax system to enhance the central government’s control over the country’s fiscal revenues. The reform forced local governments to look for new sources of tax income and ultimately resort to local government financing vehicles (LGFVs). Because the land appreciation tax went to local governments, they began to encourage construction, sell rights to land use, and use tracts of land as collateral to fund infrastructure in the form of LGFVs. The LGFVs led to an abundance of investments and many empty industrial parks. When Western investors started to look overseas for places to build factories around the same period, China seemed especially appealing due to its availability of capital.

Even though India’s infrastructure investments have improved in recent years, its hardware conditions are still not as ripe as China’s. In 2021, India’s gross fixed capital formation constituted 28 percent of gross domestic product (GDP), a decrease from 36 percent in 2007. By contrast, China’s gross fixed capital formation in 2021 was 42 percent of its GDP. As economist Montek S. Ahluwalia has pointed out, the experience of East Asia suggests that the number needs to reach between 36 and 38 percent to achieve a GDP growth rate of 8 percent, which India has long desired.

In addition, India’s fractured society diminishes the advantages of its large population. Throughout history, India has been a more diverse country than China. It consists of people of different classes, ethnicities, religions, and languages. As economists Rohit Lamba and Arvind Subramanian put it, “constituting one-seventh of humanity, fissured horizontally by region, religion and language, and ossified vertically by caste and patriarchy, India is as much a subcontinent of quasi-sovereign states as a unitary country.” Such immense diversity across multiple dimensions might have had negative impacts on India’s economic development. Economists Quamrul Ashraf and Oded Galor, for example, concluded that diversity adversely affects social cohesiveness, increasing the incidence of mistrust, civil conflict, and ethnic fractionalization, despite its positive effect on fostering innovation and knowledge creation.

A notorious example of these fractions is the caste system. The caste system divides Indians into four castes and thousands of subcastes. Even though India’s constitution abolished the caste system long ago, its segregation effects are still present and influential. Today, almost every occupation in India has a dominant subcaste. Different cultures and traditions have given these groups different economic demands. As a result, India is less a big market of 1.4 billion people and more a combination of thousands of small markets, which means that India cannot fully exploit its demographic advantages. India’s insufficient infrastructure vis-à-vis China, particularly regarding transportation, has also contributed to this problem with suboptimal interregional connectivity.

Finally, India has long traditions of market interventionism and trade protectionism, which makes its business environment less friendly to foreign investors and Indian exporters. Domestically, India has many restrictions on its markets. In the 1980s, both China and India undertook economic reforms. Unlike China’s reforms, however, India’s were less pro-market and more pro-business. At the time, Prime Minister Indira Gandhi’s government was losing its hold on power and needed support from businesses. Therefore, it enacted a series of reforms that raised the profitability of incumbent industrial and commercial establishments by easing restrictions on capacity expansion, removing price controls, and reducing corporate taxes. Meanwhile, it did not really make things easier for new market entrants. These reforms were effective, but their lack of pro-market components has slowed India’s marketization process and made India’s current business environment less favorable than China’s. The traditional animosity of the Indian public toward capitalism due to the prevalence of corruption has also slowed down India’s marketization.

Today in India, companies with more than 300 employees need permission from the government to fire workers, although the regulation is already less restrictive than the 100-employee bar two years ago. Such regulations have contributed to the prevalence of small companies and informality in the Indian economy. Estimates suggest that 86 percent of the Indian workforce works in the informal sector. In China, that number is around 54 percent, according to the International Labor Organization. India also heavily regulates the agricultural sector and land that offers protections for farmers, decreasing India’s supply of industrial labor force and further diminishing India’s demographic advantages. To its credit, India has tried to reform its agricultural regulations and liberalize the sector several times, but these efforts have not been very successful. Just last year, for example, the Indian government had to rescind three laws due to many farmers’ concerns that they would drive down farm prices.

Internationally, India has long traditions of trade protectionism that hinder its adoption of an export-led growth model. As a former colony, India has collective trauma of imperialist exploitation. Under British rule, the authorities in many cases only allowed Indians to buy British products, instead of indigenous ones. The trauma has led to India’s strong emphasis on sovereignty, status-seeking behaviors, and narratives of victimhood under what scholar Manjari Chatterjee Miller calls the “post-imperial ideology.” Economically, these tendencies led India to attach high importance to protecting its indigenous industries. For example, Mahatma Gandhi famously used spinning wheels as a boycott symbol against British-made cloth. Given its “century of humiliation,” China also had a similar mindset but managed to overcome it when it joined the World Trade Organization in 2001.

India’s protectionist traditions, meanwhile, have led to high tariffs that last to this day and India’s reluctance to produce labor-intensive products from which Western companies make most of the profit. In 2019, India was the only country that pulled out of the Regional Comprehensive Economic Partnership, which includes China, despite having participated in all the negotiations. In 2021, India announced that it would no longer consider a trade deal with the United States. In fact, the main reason why the IPEF is pretty much the only sizable multilateral trade mechanism that India joined in the past few years is that it does not yet have clear rules about how much its members should open their markets. India’s protectionist tariffs have led to reciprocal tariffs from other countries, which means that India cannot effectively adopt an export-led growth model. With 18.3 percent of the world’s working-age population in 2018, India accounted for only 3.5 percent of global exports of low-skill-intensive products, whereas China accounted for 22.8 percent.

Despite its many advantages and Western countries’ support, it is unlikely that India can replace China in the global manufacturing supply chain for the foreseeable future. Economically, despite its low labor costs, the low quality of India’s labor pool that stems from its deficits in capability development offset its labor advantages, and inadequate infrastructure investments put India at a disadvantage regarding capital costs. Socially, India’s fractured multi-dimensional society creates different economic demands for various groups, undermining the advantages of India’s large population. Politically, India’s market restrictions make its business environment less favorable and decrease its industrial labor supply. Meanwhile, protectionist traditions hinder India’s ability to adopt an export-oriented growth model and integrate itself into the global supply chain.