India has 140 Nuclear Warheads – And More Are Coming 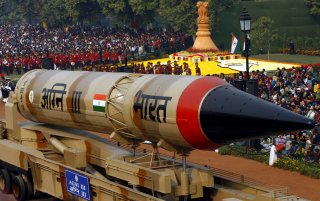