India vs. Pakistan: The 1 Thing That Could Spark a Nuclear War (Billions Dead) 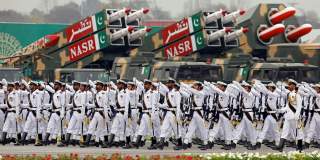 Despite steps to increase people-to-people links between India and Pakistan, the Pakistan Army and intelligence service—which exercise a monopoly over the nation’s foreign policy—have ensured that Kashmir remains a boiling issue between the two nations.