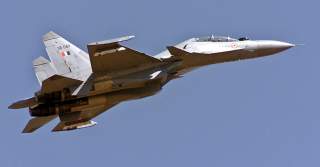 Key point: India wants Russian weapons that are subject to American sanctions. But Washington wants New Delhi as an ally against Beijing- so what might America do?

Sébastien Roblin writes on the technical, historical and political aspects of international security and conflict for publications including The National Interest, NBC News, Forbes.com and War is Boring. He holds a Master’s degree from Georgetown University and served with the Peace Corps in China. You can follow his articles on Twitter. This first appeared earlier in January 2020.