The 'Infection' Is Real: How Coronavirus Cost Society Security and Jobs 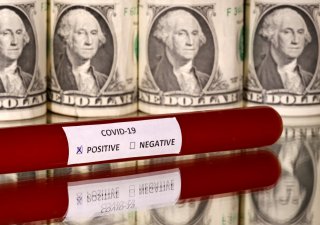 Understanding the health risks of COVID-19 and containing its spread has been at the centre of global focus over the past few months. But attention has now also turned to the economic impact. And, in particular, how it will affect work and the workplace.

A new poll by Gallup confirms that half of US workers already believe COVID-19 will have a negative effect on their workplace. And I would expect this figure to increase further in the coming weeks.

The research I’ve done with my colleagues on the economics of wellbeing has shown time and time again just how important work is for happiness. Our findings show that being made redundant reduces a person’s life satisfaction by about 20% – and it is hard to recover from this drop. This psychological scarring can even remain after getting another job.

Research also shows that loss in income from being made redundant only accounts for about half of the big drop in life satisfaction. The rest is due to losing part of your identity, a routine throughout the day and a social network.

There are already many reports of people losing their jobs since the outbreak. In the US, for example, it is likely that over two million new unemployment claims will be made this week alone. This unprecedented tsunami of job losses will have a devastating impact on wellbeing.

A lot of the proposals to deal with these job losses aim mostly at replacing lost income. The US government, for example, is sending $1,200 to all families earning less than $99,000 a year. But while this may be necessary it will not be enough to maintain levels of wellbeing.

Economic stimulus packages that centre on funding paid leave for a period to avoid redundancies will do a better job at maintaining wellbeing levels – as they address both the financial and non-financial aspects of work. An even more robust programme, proposed by the Danish government, will cover 75% of salaries at private companies for three months, if they do not let staff go.

Read more: Coronavirus pandemic is a disaster for the world, but a few good things might emerge from it

In the UK, Chancellor Rishi Sunak’s wage package plan takes it cue from the Danes and will pay 80% of salary for staff who are kept on by their employer – covering wages of up to £2,500 a month.

These are drastic measures but wholly appropriate when considering the situation. Though working out how to help the self-employed is proving a much greater challenge.

Governments have been particularly slow to announce measures for self-employed workers, or those earning a living in the gig economy – now accounting for close to five million workers in the UK alone.

COVID-19 and the need for “social distancing” also forces employers to adopt flexible working to enable staff to work from home. This may ultimately accelerate such practices and could be of benefit in terms of work-life balance – helping to increase wellbeing and productivity in the long run. But this won’t be the case for everyone as people working in areas like retail, health or the performing arts, often cannot work remotely.

The notion of “social distancing” is also the wrong label from a wellbeing perspective. Yes, people need to practice “physical distancing” but they do need to stay “socially connected”. And for many people this happens mostly through their jobs – even if meetings are now over Zoom or Skype.

The price of help

Read more: Are the banks strong enough to withstand the coronavirus crash?

Our recent research similarly found that people’s wellbeing is more than twice as sensitive to economic downturns compared to equivalent upswings – which suggests that people would be willing to insure against downturns that threaten their jobs. Given then the benefits that work provides people with in terms of wellbeing, the government must do everything it can to keep people in their jobs during this time.

But more than that, it is also important to recognise that this crisis, and the necessary economic and public health measures in response to it, exacerbate inequalities that affect the health and wellbeing of workers who keep society afloat. So when the crisis subsides the nurses, cleaners, store cashiers, warehouse workers, janitors, delivery drivers and the many others putting themselves on the line must not be forgotten.

Jan-Emmanuel De Neve is director of Wellbeing Research Centre at the University of Oxford.