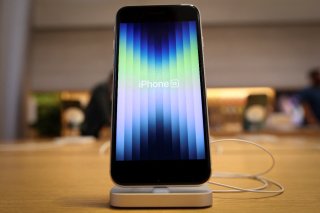 While concerns about inflation continue, shipments of smartphones in the first quarter of 2022 were up 3.7 percent in North America compared to the same period the year before. That’s according to data released last week by the research firm Canalys.

About thirty-nine million smartphone units shipped in the first quarter of the year, and more than half of them were iPhones. Apple’s shipments grew 19 percent over the same time the year before, largely due to the strength of the iPhone 13 series. An additional 27 percent was made up of Samsung products—helped out by the  S series and A series devices—which saw a 1 percent decrease from the same period in 2021.

“The North American smartphone market has been buoyed by Apple’s strong growth,” Canalys Analyst Brian Lynch said in the release.

“This quarter, the iPhone 13’s high popularity was the key driver. With global demand more uncertain, Apple has shifted more devices back into North America after prioritizing other regions in Q4 2021, allowing it to greater fulfill demand and deliver on backorders from the previous quarter. In addition, the launch of the latest edition of the iPhone SE offers an affordable option for many of North America’s fiercely loyal iOS users. Despite not being mmWave-enabled, carriers’ increasing investments in C-band and sub-6GHz spectrums will open the door for the iPhone SE’s market growth in the coming quarters.”

Another big part of the story, Canalys Research analyst Runar Bjørhovde said, was the comeback of Motorola, which has emerged as the third most popular brand in the smartphone market.

“Motorola used its wide carrier presence—particularly with prepaid- and mid-range-focused carriers—to discover and rapidly leverage new opportunities, while also forming new supply partnerships. Google is on the offensive to take market share, building on its wide carrier presence and unprecedented investment in the Pixel brand, both on traditional advertising campaigns and a new NBA partnership. It focused on the Pixel 6 in Q1 but will look to expand further in the rest of the year, with a recently launched portfolio including the upcoming Pixel 7 flagship, affordable Pixel 6a, Pixel Watch, and Pixel Buds.”