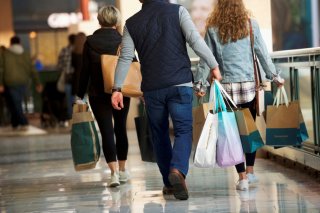 The Department of Commerce reported on Friday that rising prices led to a 1.9 percent decrease in retail sales last month, according to CNBC. This drop, which was greater than expected, is yet another reminder of why the Federal Reserve has been increasingly focused on addressing inflation. Analysts had predicted a drop of just 0.1 percent.

“Advance estimates of U.S. retail and food services sales for December 2021, adjusted for seasonal variation and holiday and trading-day differences, but not for price changes, were $626.8 billion, a decrease of 1.9 percent … from the previous month,” the official Department of Commerce report said. Removing automobile purchases from the equation brought the decrease in sales to 2.3 percent.

The Department of Commerce did say, however, that retail sales were up 16.9 percent from December of the previous year. Inflation, the report said, was the primary driver of the fall in sales. The Omicron variant also played a part in the lackluster sales figures, with restaurants and bars showing a 0.8 percent decline in sales from the previous month.

However, Forbes contributor Steve Dennis argued that the figures were actually not so bad, mostly because the yearly numbers were so strong. In fact, Dennis asserted that last month was the best performing December in retail history.

Inflation continues to show little sign of letting up. According to the Department of Labor, the consumer price index (CPI) rose by 0.5 percent in December. Even worse, the 7 percent increase in the CPI over the course of 2021 was the largest yearly increase since the 1980s.

“What we have now is a mismatch between demand and supply. We have a very strong demand in areas where supply is constrained,” Federal Reserve Chairman Jerome Powell said last week. “If we see inflation persisting at high levels longer than expected [and] we have to raise interest rates more over time, we will.”

White House press secretary Jen Psaki told the press last week that the White House expects inflation to “moderate” in the coming months, according to the Guardian. She also urged lawmakers to pass the “Build Back Better” agenda, which has stalled in the Senate after passing the House last year.