Insane: Slavery Is Not Illegal In Nearly Half the Nations on Earth 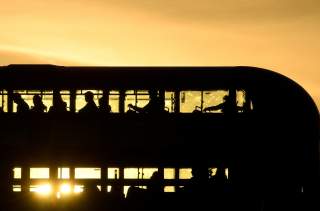 “Slavery is illegal everywhere.” So said the New York Times, repeated at the World Economic Forum, and used as a mantra of advocacy for over 40 years. The truth of this statement has been taken for granted for decades. Yet our new researchreveals that almost half of all countries in the world have yet to actually make it a crime to enslave another human being.

Legal ownership of people was indeed abolished in all countries over the course of the last two centuries. But in many countries it has not been criminalised. In almost half of the world’s countries, there is no criminal law penalising either slavery or the slave trade. In 94 countries, you cannot be prosecuted and punished in a criminal court for enslaving another human being.

Our findings displace one of the most basic assumptions made in the modern antislavery movement — that slavery is already illegal everywhere in the world. And they provide an opportunity to refocus global efforts to eradicate modern slavery by 2030, starting with fundamentals: getting states to completely outlaw slavery and other exploitative practices.

The findings emerge from our development of an anti-slavery database mapping domestic legislation against international treaty obligations of all 193 United Nations member states (virtually all countries in the world). The database considers the domestic legislation of each country, as well as the binding commitments they have made through international agreements to prohibit forms of human exploitation that fall under the umbrella term “modern slavery”. This includes forced labour, human trafficking, institutions and practices similar to slavery, servitude, the slave trade, and slavery itself.

Although 96% of all these countries have some form of domestic anti-trafficking legislation in place, many of them appear to have failed to prohibit other types of human exploitation in their domestic law. Most notably, our research reveals that:

In all these countries, there is no criminal law in place to punish people for subjecting people to these extreme forms of human exploitation. Abuses in these cases can only be prosecuted indirectly through other offences – such as human trafficking – if they are prosecuted at all. In short, slavery is far from being illegal everywhere.

So how did this happen?

This movement was followed up by the League of Nations in 1926 adopting the Slavery Convention, which required states do the same: abolish any legislation allowing for slavery. But the introduction of the international human rights regime changed this. From 1948 onwards, states were called upon to prohibit, rather than simply abolish, slavery.

As a result, states were required to do more than simply ensure they did not have any laws on the books allowing for slavery; they had to actively put in place laws seeking to stop a person from enslaving another. But many appear not to have criminalised slavery, as they had undertaken to do.

This is because for nearly 90 years (from 1926 to 2016), it was generally agreed that slavery, which was considered to require the ownership of another person, could no longer occur because states had repealed all laws allowing for property rights in persons. The effective consensus was that slavery had been legislated out of existence. So the thinking went: if slavery could no longer exist, there was no reason to pass laws to prohibit it.

This thinking was galvanised by the definition of slavery first set out in 1926. That definition states that slavery is the “status or condition of a person over whom any or all of the powers attaching to the right of ownership are exercised”. But courtsthe world over have recently come to recognise that this definition appliesbeyond situations where one person legally owns another person.

So let’s dig into the language of that definition. Traditionally, slavery was created through systems of legal ownership in people – chattel slavery, with law reinforcing and protecting the rights of some to hold others as property. The newly recognised “condition” of slavery, on the other hand, covers situations of de facto slavery (slavery in fact), where legal ownership is absent but a person exercises power over another akin to ownership – that is, they hold the person in a condition of slavery.

Slavery may have been abolished, but there are still many who are born into slavery or brought into it at a young age and therefore do not know or recall anything different. Efforts by non-governmental organisations to free entire villages from hereditary slavery in Mauritania demonstrate this acutely, with survivors initially having no notion of a different existence and having to be slowly introduced to processes towards liberation.

This is a country in which the practice of buying and selling slaves has continued since the 13th century, with those enslaved serving families as livestock herders, agricultural workers, and domestic servants for generations, with little to no freedom of movement. This continues despite the fact that slavery was abolished.

Selek’ha Mint Ahmed Lebeid and her mother were born into slavery in Mauritania. She wrote about her experiences in 2006:

I was taken from my mother when I was two years old by my master … he inherited us from his father … I was a slave with these people, like my mother, like my cousins. We suffered a lot. When I was very small I looked after the goats, and from the age of about seven I looked after the master’s children and did the household chores – cooking, collecting water, and washing clothes … when I was ten years old I was given to a Marabout [a holy man], who in turn gave me to his daughter as a marriage gift, to be her slave. I was never paid, but I had to do everything, and if I did not do things right I was beaten and insulted. My life was like this until I was about twenty years old. They kept watch over me and never let me go far from home. But I felt my situation was wrong. I saw how others lived.

As this story shows, slavery turns on control. Control of a person of such an intensity as to negate a person’s agency, their personal liberty, or their freedom. Where slavery is concerned, this overarching control is typically established through violence: it effectively requires the will of a person to be broken. This control need not be exercised through courts of law, but may be exercised by enslavers operating outside legal frameworks. In the case of Mauritania, legal slavery has been abolished since 1981.

Once this control is established, other powers understood in the context of ownership come into play: to buy or sell a person, to use or manage them, or even to dispose of them. So slavery can exist without legal ownership if a person acts as if they owned the person enslaved. This – de facto slavery – continues to persist today on a large scale.

The stories of people around the world who have experienced extreme forms of exploitation testify to the continued existence of slavery. Listening to the voices of people who have been robbed of their agency and personal liberty, and controlled so as to be treated as if they are a thing that somebody owns, makes it clear that slavery persists.

In 1994, Mende Nazer was captured as a child following a militia raid on her village in Sudan. She was beaten and sexually abused, eventually sold into domestic slavery to a family in the Sudanese capital of Khartoum. As a young adult she was transferred to the family of a diplomat in the UK, eventually escaping in 2002.

“Some people say I was treated like an animal,” reflected Nazer, “But I tell them: no, I wasn’t. Because an animal - like a cat or a dog - gets stroked, and love and affection. I had none of that.”

Because of this remarkably late consensus on what slavery means in a post-abolition world, only very specific practices related to severe human exploitation are currently covered under national laws around the world – primarily, human trafficking. And while most countries have anti-trafficking legislation in place (our database shows that 93% of states have criminal laws against trafficking in some form), human trafficking legislation does not prohibit multiple other forms of human exploitation, including slavery itself.