The Inside 40-Year Story of Stalin's Massive T-10M Tank 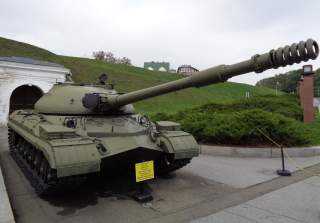 Key point: The T-10 design was successful and very long-running.

Charlie Gao studied political and computer science at Grinnell College and is a frequent commentator on defense and national-security issues. This first appeared in December 2018.