Inside China's "People's War" Plan for the South China Sea 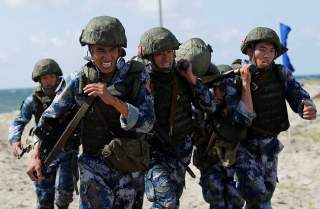