Inside the Massive Effort to Save Ukraine's Animals 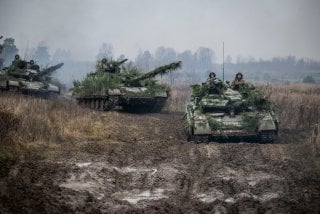 The human toll of Russia's unprovoked war against Ukraine remains immeasurable. More than 2.8 million refugees have fled the country, while countless numbers of people have been displaced within the country. It is now the largest humanitarian crisis in Europe since the Second World War. While it may not receive as much attention amid the horrors of Russia’s invasion, the nation’s animals have also been suffering greatly.

The European Association of Zoos and Aquaria (EAZA) said that the conflict has put many of the nation's zoos and wildlife sanctuaries at risk, including those that are home to endangered species. This includes Horace, a seventeen-year-old Asian elephant that has lived at the Kyiv Zoo his entire life. Zookeepers are now doing what they can to comfort that blast-stressed elephant and other animals in the zoo.

In addition to Ukraine’s determined effort to stop the advancing Russian forces, Ukraine is working around the clock to save many of the creatures across the country. This week, six tiger cubs were successfully evacuated from the Save Wild Animal Sanctuary outside of Kyiv. Those animals, along with six lions, two caracals, and an African wild dog have all been relocated to Zoo Pozna, which is based in western Poland.

A video posted to Facebook shows that the animals are now adapting to their new home. However, the truck faced blown-up roads and even had to bypass Russian tanks on the arduous journey to Poland. As with many of the human refugees, some of the animals relocated from Ukraine will remain in Poland, while others will be transported to other facilities in Western Europe, Newsweek reported.

It isn't just the exotic animals that live in zoos that are now heading to Poland and other parts of Europe. Countless animals have been displaced as millions of Ukrainians flee their homes. However, a makeshift shelter was set up at the Polish border to take in those animals that would otherwise need to be left behind.

Volunteers have reportedly come from across Europe to help man the shelter, which is filled with cats, dogs, and other pets. The volunteers are trying to comfort the animals by petting them, playing with them, and providing essentials. However, pet food is in short supply and in high demand.

Tragically, those efforts to save and care for the animals have already cost some of the volunteers their lives. According to a report from CBS News, at least three people, including twenty-six-year-old Anastasiia Yalanskaya, have been killed attempting to deliver dog food to a shelter in Ukraine. Earlier this month, she and two others were driving to deliver dog food to a shelter when their car was ambushed by Russian forces.

Yalanskaya's final Instagram story was posted just hours before her death. It showed Yalanskaya sitting in the backseat of the car, smiling next to the bags of food.

As the war rages on, it is unclear how many more people and animals will continue to suffer.