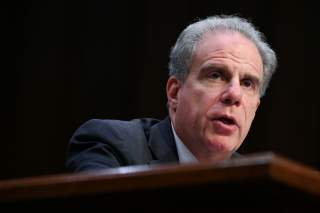 Horowitz offered the assessment during an exchange with Sen. Lindsey Graham, the chairman of the Senate Judiciary Committee. Graham laid out Horowitz’s findings that a major source for Christopher Steele had disavowed most of the former British spy’s infamous dossier. The FBI cited Steele’s information to assert Carter Page was a Russian agent.

“How would you describe the behavior here of knowing that the sub-source disavows the dossier that was the primary reason you got a warrant. Finding that a lawyer doctored an email to keep the investigation going in a way unfair to Mr. Page?” Graham asked Horowitz.

“This was not routine, do you agree with that?” he continued.

“It is definitely not … it certainly better not be routine, and I don’t of any reason to think it is routine,” said Horowitz.

“Is it kind of off-the-charts bad?” Graham asked.