Intelligence Engineering: The Spymaster's Guide To the 21st Century 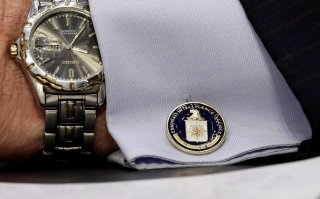 The emergent phenomenon of "Intelligence Engineering" (IE), also known as the "Bridgehead Methodology" after the work advanced by the Bridgehead Institute for Research and Consulting, is an approach that offers much. Starting to break-through onto the ‘intelligence scene’ from around 2015, and drawing on a combination of over 10 years’ worth of "scholar-practitioner"-inspired theory introspections, as well as intelligence practice to more field-experienced pragmatic-based considerations and encounters, IE has a developing history and does not emerge from a vacuum.

There are many "follow-ups" that prevail along several different lines of inquiry. Defined in short as: "the use of scientific and technical knowledge to artfully create, operate, maintain, and dismantle complex devices, machines, structures, systems, and processes that support or disrupt human endeavor occurring in the intelligence context," IE also sells itself to various stakeholders. Those stakeholders, even extending to shareholders, ranging from governments and corporations over, down and across to individuals. Many participants are involved.

There are also several intelligence dynamics included. With an ensuing focus on the IE rationale, this article goes on to explain the whys and hows of IE, as it is observed regarding a variety of contemporary strategic and operating contexts. Several current intelligence-related debates and discussions become increasingly apparent, with their greater and continued evaluation encouraged. In certainty terms, much ambiguity persists, with IE acting as both a mediator and navigator.

The "So what?" relating to IE

IE can be readily advocated. In current circumstances, IE offers both intelligence practitioners to military operators and higher-level functioning commanders and policy- to decision-makers degrees of added benefit. Those attributes can be claimed across several different public/government and private/commercial/business sector contexts. In turn, relevant IE-related contexts are of both military and civilian to management and law enforcement/policing nature, together with being manifested across many simultaneously occurring different ‘levels’ of experience and activity from analysis to subsequent engineering. Noteworthy significance is thereby accrued.

As this article goes on to further introduce the rationale for IE, it further demonstrates how engaging in IE can enhance intelligence, including with a perspective relating to its associated operational- to higher, strategic-ranging work, and efforts that extend beyond. Therefore, this extended introduction to IE is undertaken together with exploring continuing-to-rapidly-develop IE utility and relevance regarding the current - and at least potential future - conduct of (advanced) intelligence analysis (answering the "what is it?" question) and assessment/estimation efforts (addressing the "so what?", "why?" and "what does it mean?" queries) of overall intelligence enterprises and processes. Decision-making advantage is not far behind.

During a contemporary era of much prominent mis- and disinformation, popularly termed as that of "fake news" and of "deep fakes." the general activity, even requirement, of continuing intelligence re-invigoration is firmly emphasized. Furthermore, most remarkably discernible, for instance, in the wake of former U.S. computer administrator, Edward Snowden’s so-called revelations from June 2013 and rising up from the expeditionary encounters of costly early-21st Century "forever wars," IE "added value" and marketing-related "unique selling points" (USPs) increasingly emerge, and presciently.

That last trend is not least manifest as variously well-supported critical claims persist - for example, including also from the contemporary intelligence studies literature - that intelligence, as it persists in the lengthening post-9/11 (11 September 2001) environment, continues to this day to require some substantial change to even reform momentum behind its onward driving.

More emerges. The focus on constant and ongoing intelligence re-invigoration, extending to its greater change and reform, is both claimed and proposed not least in terms of, for example, greater "top-down" investment in intelligence resources (both staff assignment and other asset allocations) and the more "bottom-up" energetic creative "doing" of intelligence over to its extended communication and heeding, such as what happens in terms of the "producer-consumer/end-user relationship" and associated dynamics.

As many differently-drawn intelligence limitation concerns continue to prevail - together with occasions of the always inevitable "intelligence failure" considerations (at least somewhere and at some point in time, both real or more imagined to perceived) - those last qualities of extending the boundaries of intelligence require their greater harnessing. That work is ideally undertaken together with suitably robust counter-intelligence safeguards being maintained firmly in place during the "responsibility to share" beyond merely the most restrictive and controlled "need to know" confines.

No single or one solution to all the challenges confronted, including those sketched above, has yet emerged. While undeniably boasting at least some helpful impact, contemporaneously enhanced C4ISR to C5ISR efforts - including Command, Control, Computers, Communications, Cyber and Intelligence, Surveillance and Reconnaissance activities, amongst others, such as target acquisition or TA tasks - alone are insufficient for intelligence and its enterprises or processes when taken as a whole across all dimensions. Greater efforts are demanded.

As intelligence requirements extend further, quantitative shortages to qualitative shortcomings are most apparent. As today analysts to participants are characterized by others elsewhere as "swimming in sensors but drowning in data." or are otherwise "in effect, information-rich but knowledge-poor," further senses require their employment.

Frequently, more exceptional "critical minds" are called for, including with that consideration also significantly emerging beyond merely "secret" and "covert" or "clandestine" domains of intelligence activities. For example, situations and conditions of "critical thinking" are additionally invoked in relation to open sources and associated Open Source Intelligence (OSINT) work.

The changes just characterized soon lead to enhanced "sense-making" work. Unsurprisingly, yet with difficulty, that work is best done in conjunction and effectively balanced with the - often technical - sensors deployed. Especially in broader, multi-functional strategic and operational contexts where incredibly vexing "deal-capture" (and, if necessary) kill-chains exist, so that they instead prevail most proportionately, taking into adequate account critical legal, moral and ethical judgments. That scenario, too, intimately involves "all-source" and multiple intelligence disciplines or "multi-INTs" approaches, together with their enhanced fusion.

Vulnerabilities require their minimization to mitigation during the navigation and negotiation of the full panoply of risks confronted—approaches to methodologies, such as IE, help. Ultimately, IE offers a positive path forward while conditions and situations of ‘multi-everything!’ are confronted.

IE boasts substantial connectivity. With its integrated theme-issue-problem-risk-hazard up and across to threat breaking-down then over to response synthesis roles - helping various stakeholders to decide ‘what (to do) next?’ - IE strives to meet and to deliver to the STARC intelligence (end-user/customer/consumer/client) criteria. Respectively, those criteria relate to Specificity, Timeliness, Accuracy, Relevance and Clarity, particularly in terms of intelligence outputs and the strategy-to-policy inputs intelligence brings overall.

Several intelligence limitations are surmounted through their extended addressing. As suggested, those STARC intelligence best practice benchmarking standards - together with extensively refined source-grading, verification and vetting, such as that, for instance, followed and advanced by the North Atlantic Treaty Organisation (NATO) - are especially noteworthy regarding the content of the intelligence product that is generated. Most obviously, as an instant example, those products include the intelligence outputs produced in the form of intelligence briefing reports consumed by multiple customers to end-users, albeit in different formats.

Under the umbrella of their greater encapsulation, "[S]everal diverse areas of human and technical/technological activity are spanned…" by IE. As outlined in further detail in the IE textbook - A.D.M. Svendsen, Intelligence Engineering: Operating Beyond the Conventional (New York: Rowman & Littlefield / SPIES - Security & Professional Intelligence Education Series, 2017) - when concluding, it notes:

As IE is further advanced, overall efforts move from (1) roughly sketched out ideas and plans to (2) being more realistically launched and tangibly progressed in terms of the subsequent implementation and operationalization of those ideas and plans.

Ultimately, several interconnected processes are raised for at least their consideration, underlining the comprehensive "joining-up" scope of IE. Equally, while unavoidably operating in another strong feature of today’s intelligence world, so-called "big data" contexts, IE again assists and not only as an additional filter. Potential pathways and directions forward become more resolved when IE is applied.

As already suggested, the rationale for IE is clear. Furthermore, IE has ready equal applicability to those commercial businesses to defense and security contexts and activities that range further afield, including in both qualitative (types of tasks) and quantitative (volume/amount) terms. The much enhanced work of today’s Special (Operational) Forces (SOF), and the closely associated ‘covert action’ activities they undertake, is able to be readily invoked for - not always wanted - prominent attention-catching examples.

Further engagement with IE pays dividends in several diverse ways, allowing for further intelligence input to greater transparency in oversight and accountability terms. That intelligence enhancement via IE remains a necessity (‘need to have’) not merely a luxury (‘nice to have’) in today’s increasingly volatile world and when negotiating several multiplexic operating environments that are both experienced and encountered by a broad range of participants, whether they are involved willingly or not.