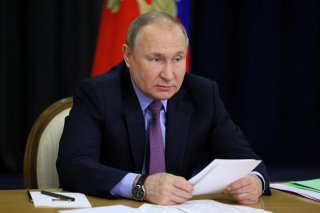 Dutch media reported on Thursday that the country’s intelligence services had unmasked a Russian spy who had attempted to gain access to the International Criminal Court (ICC) by posing as a Brazilian national and applying for an internship at the organization, according to Reuters.

Dutch intelligence chief Erik Akerboom claimed that the plot to insert the spy had been a “long-term, multi-year GRU operation that cost [Russia] a lot of time, energy, and money.” The accused spy, Sergey Cherkasov, had lived in Brazil and studied at the Johns Hopkins University School of Advanced International Studies (SAIS) in an attempt to back up his cover as “Viktor Ferreira,” a Brazilian student. After unmasking him, the Dutch government declared him an undesirable alien and deported him to Brazil, where he faces criminal charges.

The operation “clearly shows us what the Russians are up to—trying to gain illegal access to information within the ICC,” Akerboom added. “We classify this as a high-level threat.”

ICC spokeswoman Sonia Robla thanked the Dutch authorities for exposing the security risk, claiming that the ICC “takes these threats very seriously and will continue to work and cooperate with the Netherlands.”

The Kremlin did not immediately comment on Cherkasov’s arrest, and rarely acknowledges its espionage operations in the United States and Europe.

To support its contention that Cherkasov was a spy, the Dutch government released a four-page statement describing his cover story and bona fides, “by which he concealed all his ties to Russia in general, and the GRU in particular.” The document included facts about “Ferreira”’s life, including his favorite music and restaurants in Brasilia, Brazil’s capital.

The International Criminal Court, to which Russia is not a party, has opened an investigation into war crimes, crimes against humanity, and possible genocidal actions committed during Russia’s invasion of Ukraine. Russia has denied committing war crimes and accused Ukrainian forces of atrocities against pro-Russian separatists in Ukraine’s eastern Donbass region, although some Russian soldiers have been implicated in war crimes after exhaustive analysis. The ICC has not yet released any of its findings.

The Netherlands has accused more than twenty Russians of acting as spies under diplomatic cover—many of them targeting international institutions headquartered in the Netherlands, such as the ICC and the Organization for the Prohibition of Chemical Weapons—and expelled them from the country. Russia has retaliated by indiscriminately expelling an equal number of Dutch diplomats from Moscow and Saint Petersburg.