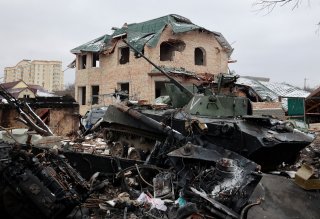 Karim Ahmad Khan, the chief prosecutor of the International Criminal Court (ICC), announced on Wednesday that the body had formed a probe to investigate possible war crimes in Ukraine at the request of thirty-nine member states.

Khan said that support for the probe had come from every member of the European Union, as well as from Australia, Canada, New Zealand, the United Kingdom, Switzerland, and a number of countries in Latin America.

“I have notified the ICC Presidency a few moments ago of my decision to immediately proceed with active investigations in the Situation,” Khan said in a press release. “Our work in the collection of evidence has now commenced.”

The ICC previously indicated that it would open a probe on Monday after evidence mounted that Russian artillery units had intentionally targeted civilian areas within Ukraine. That would constitute a violation of the Geneva Convention in 1949, to which the Soviet Union, Russia’s predecessor state, was a signatory.

Khan indicated that the ICC had a “reasonable basis” to open an investigation, but the body’s procedural rules require that a group of judges based in the Hague, the Dutch city serving as the organization’s headquarters, approve the investigation. However, the other countries’ referral preempts this step and allows the investigation to proceed.

In his statement, Khan said that the ICC probe would consider events in Ukraine “from 21 November 2013 onwards,” referring to the first days of the Euromaidan protests within Ukraine – a protest movement that eventually resulted in the pro-Russian government of Ukraine’s overthrow and Kyiv’s realignment towards Western Europe.

Those events triggered a Russian reaction in Ukraine. The Kremlin occupied and annexed the Crimean Peninsula in March 2014 in violation of a treaty it had signed with Ukraine in Budapest in 1994. Later in the year, Russia supported two eastern secessionist movements based in the cities of Donetsk and Luhansk in Ukraine’s eastern Donbas region, leading to a low-intensity conflict stretching from 2014 until February 2022, when Russia recognized the two movements’ independence and sent its troops into Ukraine.

Khan said that he would investigate “any past and present allegations of war crimes, crimes against humanity or genocide committed on any part of the territory of Ukraine by any person.”

An ICC probe may ultimately have little tangible effect. Neither Ukraine nor Russia is an ICC member state, although Ukraine has recognized the court’s jurisdiction within its territory since 2014. In practice, this means that Russians accused of war crimes must be captured within Ukraine or another ICC member state before a trial can begin.

The organization also lacks external political power and has no authority to detain suspects, relying instead on local police forces to extradite suspected war criminals to the Hague.