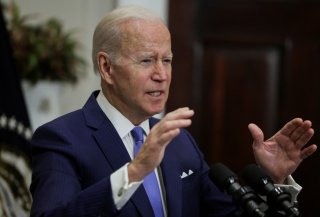 The resignation in September of 2021 of Professor Beverly Gage from her role as head of the Brady-Johnson Program in Grand Strategy at Yale has put the academic study of international relations (IR) in the news. The Brady-Johnson program is one of the most prestigious in the field of international relations, conceived in 2000 by Nicholas Brady, a former U.S. Treasury Secretary, and Charles B. Johnson, a mutual fund billionaire, as a way to immerse students in the classic texts of history and statecraft. The program would also provide students access to prominent practitioners in government, diplomacy, and military affairs.

The resignation of Gage, who had run the program since 2017, reflects Gages resistance to the pushback against a disturbing trend in the study of IR: like other academic disciplines, IR has swung away from grand strategy toward postmodern theory and social justice. Gage’s tenure at Brady-Johnson was representative of the shift. As reported in the New York Times, Gage had “incorporated social movement strategy into the course” and, in a recent essay, described herself as someone who “was as likely to be a protester as a policymaker.” Gage has invited the civil rights lawyer Vanita Gupta and the racial justice activist Heather McGhee, among others, to lecture, and a professor working in the program published an op-ed titled “How to Protect America from the Next Donald Trump.” Indeed, Gage’s resignation itself was the result of a four month battle triggered by an op-ed from a program instructor calling Donald Trump a demagogue who threatened the Constitution.

Gage resigned after the university administration informed her that a new advisory board, required in the programs’ bylaws, was being created and would include prominent conservatives, including Henry A. Kissinger, the former secretary of state under President Richard M. Nixon. Despite the board’s lack of power to actively control or dictate policy or curriculum, the presence of a foreign policy realist such as Kissinger was too much for Gage to bear. When asked about her choice of direction for the prestigious program, Gage responded that she didn’t want to teach “grand strategy” the way Henry Kissinger would, adding that having Kissinger on the board, “represents the opposite of the generational shift I have been trying to make.”

So what is “grand strategy,” why is it important, and what does Kissinger have to do with it? Grand strategy is a subfield of IR, which, for the uninitiated, is a discipline which evolved from Britain in the 1930s and blossomed in postwar America, producing some of the most notable U.S. scholars: Samuel Huntington, Hans Morgenthau, Kenneth Waltz, Henry Kissinger, and Hannah Arendt. IR is often considered a child of history and philosophy, and the primary two theories, realism and liberalism, historically trace their roots to those of philosophical conservatism and philosophical liberalism, respectively, from Thucydides to Immanuel Kant. It was designed to teach statecraft and train diplomats and historians, focused on foreign policy and military strategy.

Unlike philosophy, which is far greater in scope and a lot more abstract, or history, which can be either incredibly expansive or extremely narrow, IR and its subfields—security studies, grand strategy, and diplomacy—were supposed to bring a balance between the two, neither a massive and detailed historical project nor the quixotic theory found in political science or philosophy. These subjects are more of a narrow hybrid that draws from established historical studies to identify historical patterns or narratives, not in-depth area studies with primary sources. Scholars and practitioners are definitely not supposed to be activists by training. The reason for learning statecraft and grand strategy is not to be a “protester” or an ideologue, as Beverly Gage would rather want.

The movement of universities toward interdisciplinary research poses a serious threat to IR. There are serious and enduring epistemological and methodological differences between IR, history, philosophy, and political science, and there are reasons why the disciplines are different and have significant individual distinctions. Hierarchy and gatekeeping is important in academic disciplines and separates the important and substantive from the frivolous and obsequious. One has only to look at the history departments in British Universities to see how seriously interdisciplinary research has diluted the discipline. Today, a historian of World War I studying fleet tactics is considered to be on an equal footing with someone exploring post-structural erotic subtexts in letters from the trenches. Undoubtedly, the ongoing job cuts and closures of various history departments at British universities are connected to the preponderance of “New Historicism,” including research on “queer theories” and identitarian histories.

Given that IR is a child of history and philosophy, what happens in those fields affect IR directly. That might explain the new IR fad of unfalsifiable and purely theoretical and policy-irrelevant theories, along with bizarre methodologies.

Justin Logan of the CATO Institute once asked on Twitter what other communicants thought the most unpopular opinions in IR were, adding his own provocative take that there exists nothing today as interesting or important as the paradigm debates of the late 1980s to early 2000s. Most of the replies to Logan were predictably repetitive and often mediocre, much like average IR research. But a few of them were genuinely thought provoking and stood out. Daniel Drezner of Tufts University wrote that experimental research methods provide some operational and policy-relevant values but are of limited utility in studying most spheres of international relations; this was a subtle dig at the snowballing of mixed-methods research since the early 1990s. Patrick Porter of Birmingham wrote that realist IR theory, even with its Eurocentric and classicist roots, still offers universal wisdom, and is not just for understanding European statecraft, a claim increasingly challenged in our revolutionary and iconoclastic age. Joshua Shifrinson of Boston University added that everything we deem to be new in IR is essentially lazy pastiches of the earlier two or three major philosophical worldviews. There has been nothing of note in the past one hundred years.

My own views are closest to what Shifrinson has suggested. As someone from economics, history, and international relations background, I am increasingly sympathetic to the idea that most current research in International Relations is irredeemably ahistorical and, to put it politely, too academic and with little policy relevance; research is often an act of “signaling” between interested parties, self-referential journals, and circular appreciation societies. But a bigger worry could be that the discipline of IR, especially the subfields of security studies, diplomacy, and statecraft are being corrupted from within by activist agendas, which will render this once prestigious field irrelevant, as it has most of the humanities, sociology, education, or anthropology. These might be sweeping and provocative claims, but it must be acknowledged that the number of paradigm-shifting books—books that provide a pathbreaking worldview for the understanding of statecraft, contain real explanatory power, and inform day-to-day policy—can be counted on one hand.

It is only logical that some fields of study within IR will automatically have more analytical validity and policy relevance than others. Constructivist, critical, or feminist theories of foreign policy, for example, lack the level of day-to-day explanatory power that theories of realism or liberalism might possess. Russian military aggression in Ukraine and Georgia, or lack thereof in Macedonia and Montenegro, despite similar geopolitical realities and NATO enlargement, present a good puzzle for security strategists, which might adequately be explained by either realism (material realities like hard power, military bases, and spheres of influence) or liberalism (material realities like markets, together with domestic security concerns and regime survival), but it cannot be explained adequately by constructivist arguments like “latent immeasurable craving for honor” or “queer feminist international relations.” The former theories, therefore, naturally translate to policy formulations, and more importantly, are used in daily policy analysis in the military and political establishment. The latter are purely abstract academic theories, interesting perhaps, but of limited practical utility.

Unless there is stricter gatekeeping and hierarchy in IR, the discipline runs the risk of ending up like philosophy and history, or worse, like some social science disciplines such as sociology and anthropology, which the infiltration and proliferation of ideological research has rendered largely irrelevant.

This raises some broader questions. What is the need for IR research which is either overtly activist or theoretical and academic, with little historical validity, testable and measurable processes, or policy relevance? Once again, it must be asked how many of the volumes of research that is churned out from universities every single year, are in any way helping us observe and understand state behavior, the original reason why this discipline developed in the first place? It is possible that IR is now so diluted and detached from the study of statecraft, foreign policy, and diplomacy that it is practically irrelevant, a danger, given that we are re-entering an era of great power rivalry.

Sumantra Maitra is a national-security fellow at The Center for the National Interest; [email protected]. He is a non-resident fellow at the James G. Martin Center and an elected early career historian member at the Royal Historical Society.

This article first appeared at the National Association of Scholars.