Introducing the RIP Bullet: The Most Dangerous Ammo You Can Legally Buy? 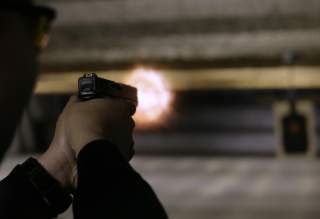 The RIP bullet is a particularly vicious-looking round. The all-copper bullet is precision machined with multiple grooves, creating a round that ends with nine pointed tips. Upon impact, the bullet breaks apart along the grooves, creating nine different penetrating projectiles.