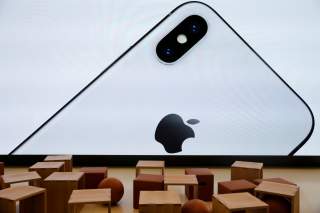 There’s a big debate about whether American living standards are truly rising or not. And better data about the impact of technology can help us wind our way toward the truth.

Oren Cass of American Compass argues that despite many seeming advances, the typical American family’s income is not keeping up with the cost of “thriving,” as he calls it. Because of stagnating wages and the exploding cost of big items such as health care and education, he says, millions of Americans are no better off than they were 40 years ago. A host of other analysts, including my AEI colleague Michael Strain, reply that not only are Cass’ income and expense metrics technically deficient but he also doesn’t capture important technological effects. Strain’s new book, “The American Dream Is Not Dead,” makes a strong case that despite pockets of economic and social regression, most Americans are materially much better off than they were decades ago.

Fast-moving technologies are difficult to measure, and in fact, digital technologies seem to provide lots of benefits that don’t always show up in the data. For example, my series of back-of-the-envelope smartphone price estimates show that to build a single iPhone 11 back in 1991 would have cost around $45 million. The official price data can’t keep up with these monstrous Moore’s law effects.

We are, however, making progress. In 2018, for example, the Bureau of Economic Analysis adjusted its estimates of mobile phone prices, acknowledging that prices have been falling more than twice as fast as previously thought.

And now, David Byrne of the Federal Reserve and Carol Corrado of the Conference Board have once again updated their excellent series of work on digital output and prices. This time, they created a basket of “digital services” including internet access, mobile phone service, cable TV, and video streaming. Their alternative price index “fell 12 percent per year from 1988 to 2018 while official prices moved up modestly.” Byrne and Corrado also found that “the spread between alternative and official PCE price inflation has increased noticeably over time.” In other words, the measurement error is growing.

“All told,” Byrne and Corrado say, “estimate that the consumer surplus associated with consumer digital goods and services amounted to about $30,000 per user from 2004 to 2017 (2017 dollars) and conclude that existing GDP misses consequential growth in output and income associated with content delivered to consumers via their use of digital platforms.”

Another new paper, this one from Christian Dippon of NERA Economic Consulting, addresses the health of the American internet economy from a different angle. Several recent analyses, including a book by New York University economist Thomas Philippon, argue that US internet and mobile service prices are far higher than Europe’s are. The inspiration for Philippon’s broader argument about Europe’s economic advantages was in fact inspired by the singular question: “Why on earth are US cell phone plans so expensive?” In December 2019, I noted that these arguments and “studies mostly failed to adjust for quality, speed, demographics, population density, data usage, and/or proper price indexes.”

Well, Dippon has now performed an extensive analysis of mobile plans that does account for these crucial variables. He studied 1,554 retail plans from 213 mobile carriers in 36 nations. He compared the plans using 13 distinct attributes (data usage, speed, population density, 4G coverage, etc.) and across seven distinct panels (grouping nations by similar incomes, densities, regulatory regimes, etc.). In the end, Dippon found that the “US leads the OECD countries with its mobile wireless value proposition.” Meaning, in general, Americans get more for what they pay.

As powerful as these metrics and findings are, we have still not fully leveraged the immense capabilities of mobile broadband and smartphones across the entire economy. Oren Cass may not fully appreciate the true economic benefits of digital goods. But Cass is not wrong that too many big ticket items are indeed frustratingly expensive for most Americans. I’ve argued that applying the miraculous curves of information technology to more industries and more products and services could lower prices, improve quality, and boost productivity and incomes.

This article by Bret Swanson first appeared in AEIdeas.