Iran’s Miniature Tosan Tank: One of the Smallest on Earth 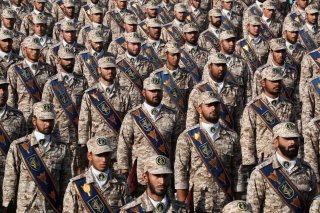 The Tosan (or Towsan, depending on spelling) is a small Iranian tank reconnaissance tank. Unlike many of Iran’s more complex weapon systems (tanks, and especially aircraft), the Tosan is actually manufactured at home, instead of acquired from abroad.

Still, the Tosan is not a purely Iranian design, but based heavily on the British FV101 Scorpion reconnaissance vehicle. These British vehicles entered services with the United Kingdom in 1973, and were retired in 1994.

Some Scorpions were supplied to Iran in the 1980s, which Iran deployed during the Iran-Iraq War. These Scorpions were delivered after the 1979 Iranian Revolution despite high tension between Iran and the West, due to the fact that they had been ordered and paid for before the revolution.

The British government honored the arms deal, and more. During the 1980-1988 Iran-Iraq War, the British government supplied spare parts for their Scorpion tanks to both Iraq and Iran, nominally attempting to deny either side an advantage by keeping both country’s tank parts supply balanced, though the efficacy of this policy is dubious.

In 2008, a spokesman for the Islamic Revolutionary Guard Corps announced that Iran had successfully started mass-produced the Tosan, though earlier reports suggest that prototypes had been made as early as the late 1990s. The report said that the Tosan would serve as a “quick reaction” tank, which if the Tosan shares many similarities to the British Scorpion, would make sense.

By drawing on what is known about the Scorpion, several inferences can be made about the Tosan. The Scorpion/Tosan are particularly suited to serve in a quick reaction role. The Scorpion tank is one of, if not the fastest tank ever built. This is thanks to a high weight to power ratio—the tank is a featherweight, weighing less than 9 tons. For comparison, the United States’ M1 Abrams main battle tank weighs around 71 tons in its heaviest configuration.

These amazing weight savings was achieved by extensive use of light-weight aluminum armor—and not much of it. Scorpions are protected against some small arms fire and artillery shell fragments, though early models had serious armor problems that resulted in corrosion and cracking. The Tosan may also use a type of aluminum armor, though this is hard to confirm.

Uniquely, the Scorpion also came equipped with an onboard water boiler, and the commander’s seat pulled double-duty as an on-board commode, which could have been carried over to the Tosan—and would certainly have been a boon to the small 3-man crew.

Though the British military retired the Tosan in 1994, a number of countries still operated the small tank. Iran isn’t the only one—Germany still operates the incredibly small Weisel tankette too. Upgrades to arms and armor especially, may keep the little tank relevant for the 21st century.