Iran’s Mischief in Morocco Is a Problem 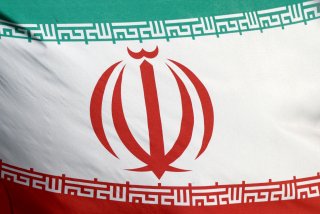 Moroccan intelligence services arrested a fifty-seven-year-old Lebanese national upon his entry to the country on Jan. 6. Little is known of him, except that he is a Hezbollah member who was caught carrying multiple European passports and identity cards, some of which had been reported stolen.

Officials speaking to the author on condition of anonymity indicated he entered Morocco under the name of Ibrahim Youssef, yet no such person appears in the Lebanese population registry with the same date of birth. The man the Moroccans nabbed was traveling with multiple aliases.

Hezbollah and Iran have a growing track record of document forgery in recent years. In 2014, a Hezbollah External Security Organization agent, Mohammad Amadar, was arrested in Peru on suspicion he was plotting a terror attack in Lima. He had entered the country with a forged passport from the West African nation of Sierra Leone.

In 2019, Argentinian authorities arrested two Iranians who had entered the country with forged Israeli passports. The Iranians claimed to be regime opponents. The Argentinians thought otherwise. And the forged (and stolen) passport suppliers, who Argentinian intelligence sources indicate were in Spain, were tied to Iran. A few months later, two more Iranians with forged passports were arrested in Ecuador.

What was a Hezbollah operative with forged documents doing in Morocco? Is he, too, linked to the forgery network that helps Iran and Hezbollah run ratlines from the Middle East all the way to Latin America and back? Was he a client who was possibly delivering forged documents to others? Was he entering Morocco, like Amadar in Peru, to plot an attack?

To answer this question, look no further than a decade of simmering tensions between the North African kingdom and Iran, which controls Hezbollah as a proxy. Twice in a decade, Morocco broke relations with Iran—the first time, in 2009, officially over an Iranian clerical official’s statement that Bahrain, the tiny Gulf kingdom, really belonged to Iran. In 2018, barely a year after Tehran had reopened its embassy, Morocco’s foreign minister, Nasser Bourita, publicly accused Iran of dispatching senior Hezbollah operatives and supplying weapons and training to the Polisario Front, a group Morocco is fighting over sovereignty in the former Spanish colony of Western Sahara. Algeria, Morocco’s neighbor, backs Polisario.

Beyond these spats, Morocco has accused Iran of efforts to spread its revolutionary brand of Shi’ism among Morocco’s predominantly Sunni population, something Iran has certainly done zealously across Western Africa and among Moroccan immigrants in northern Europe. There is little evidence these attempts have won significant backing in Morocco, but not for want of trying.

Morocco also complied with a U.S. request to arrest Hezbollah financier, and Lebanese national, Kassem Tajideen, as he transited through Morocco in 2017. Iran allegedly sought to bribe officials to let him go and never forgave Morocco for eventually extraditing Tajideen to the United States (The Trump administration released him in July 2020, possibly as part of a prisoner swap.) And then there are the Abraham Accords, the historic peace deals the Trump administration brokered between Arab countries, including Morocco, and Israel, to Tehran’s intense chagrin.

The arrival of a Hezbollah operative in January, less than a month after Jerusalem and Rabat normalized relations, may not be a coincidence, especially given that, barely two months earlier, Polisario leaders ended a three-decade-long truce with Morocco, potentially reigniting a conflict that has known little respite since 1975 and that could ignite an already unstable region. What better way to turn the screw against a more powerful adversary than relying on asymmetrical warfare like terror attacks through a proxy?

For Morocco, a historic bulwark of Islamic moderation and pro-Western policy in an otherwise restless region often convulsed by radicalism, this does not bode well, especially when taken together with accusations of Hezbollah’s support for Polisario. Tehran has dismissed the allegations as baseless, yet the Moroccans are adamant, and with good reason. Iran has historically supported any militancy against pro-Western regimes, regardless of their religious or political orientation.

Iran’s official position on the Western Sahara territorial dispute coincides with Algeria’s. Algeria has reciprocated this support numerous times – most recently in May 2020, when it allowed Iranian aircraft to refuel in Algiers on its way to Venezuela. And Hezbollah-Polisario contacts are public knowledge: A key Polisario leader, Nana Rabbat al-Rasheed, led a delegation to Beirut in 2017, where she met Hezbollah’s MP Ali Fayad (and posted an excited “Long live the resistance!” comment on her Facebook page) and other Hezbollah representatives.

There are other reasons to be concerned. Western Sahara as well as Morocco’s coasts have increasingly become a transit point for cocaine shipments from Latin America to Europe—a business assiduously facilitated by Hezbollah financiers and facilitators. A possible Hezbollah-Polisario link is concerning not only because it reflects a common Iranian strategy to gain influence by beefing up proxies against its adversaries, but because it could be an incubator for mutually beneficial illicit activities that would add to regional instability.

The Biden administration should pay close attention to these developments. Morocco is a strong U.S. ally and has historically been a moderate voice within the Arab League when it comes to the Arab-Israeli conflict. Morocco’s recent normalization with Israel is promising and Washington should promote it, as part of a broader effort to consolidate and expand the Abraham Accords.

Washington has much to lose from a resurgent conflict in Western Sahara, and it should not let Iran dispatch its proxies, much like it did in Syria a decade ago, to make matters worse.

Emanuele Ottolenghi is a senior fellow at the Foundation for Defense of Democracies, a Washington, DC-based, nonpartisan research institute focusing on national security and foreign policy. Follow him on Twitter @eottolenghi.