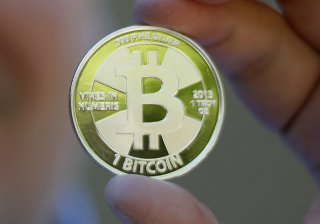 Mostafa Rajabi Mashhadi, the director of Iran’s state-run Grid Management Company, indicated that the ban would last until March 6, 2022. He estimated that more than two hundred megawatts of power would be freed up for other uses from the ban.

Mashhadi also suggested that Iranian authorities would intensify a crackdown against unlicensed cryptocurrency miners operating in secret, who consume an estimated six hundred megawatts of electricity and whose output far exceeds the officially recognized miners.

Cryptocurrency mining, particularly Bitcoin mining, is popular in Iran. The country’s ease of access to natural gas has led to extremely cheap electricity, making mining in Iran more economically viable than in many other areas. Moreover, Western sanctions against Iran are unable to prevent cryptocurrency mining, which has been used as a source of funds by the government in Tehran in the past.

Mining increased in Iran in mid-2020 after China, which had previously been the world’s leader in Bitcoin mining, banned the practice, leading some operators to resume the practice in other nations. At the same time, the country experienced a series of blackouts, leading in turn to an increase in protests against the government. The need to preserve power and restore stability led authorities in Tehran to ban mining for the first time.

The current plan to ban mining comes in conjunction with several other energy-saving measures, such as the shutdown of street lights in some areas at certain times. Tehran has also pushed for additional means of power generation, which Mashhadi projected would lead to a 60 percent increase in available power during the upcoming summer.

Electricity consumption in Iran is often highest during the winter. The daily gas demand for Iranian households is mostly used to power heating. It has increased to 570 million cubic meters per day, an unprecedented amount in the country’s recorded history of energy consumption. The National Iranian Gas Company announced in a statement last week that it had “maxed out” its natural gas production at eight hundred million cubic meters per day, forcing reductions in supply to other areas, such as offices and industry.