Iran Has A Lot Of Missiles, And Is Ready To Use Them Against America's Aircraft Carriers 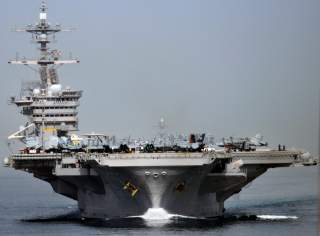 Key Point: Even under ideal circumstances, Iran’s missile arsenal is unlikely to pose a credible threat against the U.S. Navy.