Iran Needs To Do More To Combat Terrorist Financing 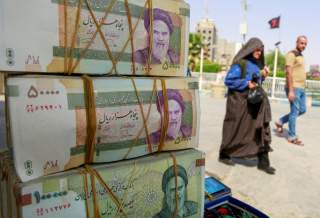 Iran’s economy minister, Farhad Dejpasand, has called on the multilateral Financial Action Task Force (FATF) to discipline the US over its use of budget funds to finance the assassination of General Qassem Soleimani at Baghdad airport.

‘The FATF which claims to confront financing terrorism should notice that now the president of a country [the US] has declared that they will allocate a budget for terrorist acts and they want to use it’, Dejpasand said in Tehran earlier this month.

He said the assassination of Soleimani while the general was on a formal visit to Iraq broke international law and that the FATF ‘should protest and confront it’.

Iran is sensitive about the FATF because it is confronting a February deadline to enact legislation curbing the financing of terrorism or face a financial freeze from the country’s few remaining international friends.

The FATF threat has divided Iran’s secular government, which is desperate to avoid further financial hardship, and its religious leadership, which sees the FATF as an arm of the Western conspiracy against it.

The FATF was established by the G7 nations in 1989 to combat money laundering. Its mission expanded to include action to curb the financing of terrorism following 9/11.

FATF membership has grown to 39 nations, including all members of the G20 (with the exception of Indonesia, which has observer status). More than 200 jurisdictions have signed up to the FATF recommendations. The FATF secretariat is based at the OECD in Paris. Its current president is Xiangmin Liu, who is head of the legal department at the People’s Bank of China.

Member nations submit to formal evaluations of the adequacy of their regulatory frameworks to combat money laundering and terrorism finance. Australia’s defences were found wanting in its last full review in 2016, and the subsequent Commonwealth Bank and Westpac money-laundering and child-pornography scandals suggest that there’s more work to be done.

Australia is considered to be ‘largely compliant’, but Iran is on the FATF’s blacklist alongside North Korea, having been deemed to ‘pose a risk to the international financial system’.

Following Iran’s initial 2015 deal with the US and Europe accepting limits on its nuclear program, its government sought to reintegrate the nation into the world economy by agreeing to an action plan with the FATF to comply with its recommendations.

Iran has made progress with a new law requiring cash transactions to be declared and strengthening anti-money-laundering and terrorism finance laws. However, the FATF has two major areas of continuing concern.

Iran’s legislation criminalising terrorism financing contains an exemption for organisations ‘attempting to end foreign occupation, colonialism and racism’. Iran’s sponsorship of such organisations, led by the Lebanon-based Hezbollah, is the main reason the Trump administration withdrew from the nuclear agreement and was also the rationale for the assassination of Soleimani, who coordinated Iran’s support for militias across the Middle East. The FATF insists the exemption must be removed.

The FATF also highlights the lack of controls over Iran’s international financial transfers, which facilitate both the financing of militia groups and the country’s efforts to evade the US’s financial sanctions.

Iran’s parliament passed legislation designed to meet FATF concerns and to ratify the UN Convention for the Suppression of the Financing of Terrorism in October 2018, but the legislation was initially rejected by Iran’s ‘Guardian Council’, which represents its religious leadership. The formal body to resolve disputes between the two arms of the Iranian state is dominated by religious conservatives and has so far declined to make a ruling, leaving the legislation in limbo.

The issue has been subject to fierce lobbying. Iran’s president, Hassan Rouhani, pressed for the legislation to be implemented. ‘It is our pride that we fight terrorists and counter corruption, therefore we should not allow allegations of money laundering against our banking system’, he said.

The head of Iran’s chamber of commerce, Pedram Soltani, has revealed that Russia’s central bank governor, Elvira Nabiullina, told her Iranian counterpart, Abdolnasser Hemmati, that Russian banks would be unable to work with Iranian banks if Iran fails to enact the FATF reforms. The same is presumably the case for China and Turkey, which, along with Russia, have continued to support economic relations with Iran in the face of US sanctions.

However, a senior cleric, Hojjatoleslam Seddiqi, put the views of the religious leadership in an end-of-year sermon, declaring, ‘The FATF is one of the enemy’s rings of sedition which it insists upon’, adding that Iran’s enemies were seeking to undermine the nation’s independence.

But in a last-minute move, the religious leadership returned the legislation to cabinet on Saturday with some amendments and it has been approved. Instructions have gone out to customs offices with new guidelines for verifying import and export documentation and financial transactions.

Whether it satisfies the FATF that its concerns have been met remains to be seen. The FATF’s official warning said that in the absence of full compliance, its members were to take ‘countermeasures’ against Iran, including requiring financial institutions to terminate correspondent banking relationships and limit financial relationships.

While the US sanctions regime has so far shown no signs of bringing Iran’s leaders to the negotiating table, it has deepened the wedge between the country’s civil and religious leadership.

Iran’s oil exports have more than halved, slashing government revenue and bringing a sharp fall in the exchange rate. The government has responded by cutting fuel and energy subsidies, generating widespread protests. The fall in the exchange rate helped push up the cost of imported goods and brought inflation to a peak of more than 50% in mid-2019. Wages have fallen far behind. Although inflation has since stabilised to around 30%, many staples, such as babies’ nappies, are in short supply because of US sanctions.

The US followed Soleimani’s assassination with a fresh round of economic sanctions targeting Iran’s iron and steel exports and businesses that buy them, including several Chinese companies.

Dejpasand’s wish that the FATF would hold the US to the same standard it is imposing on Iran remains fanciful, although the killing of Soleimani could be considered an act of terrorism. The Terrorism Financing Convention, which the FATF wants Iran to ratify, includes in its definition of terrorism actions intended to cause the death of any person not actively taking part in hostilities in an armed conflict, with the purpose of intimidating or compelling a government to a particular course of action.

Editors’ note: This post was updated at 1715 AEDT on the day of publication.