Is Iran Really Building Its Very Own Submarines? 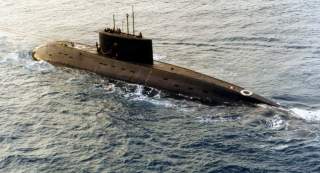