Iran Says Its Cruise Missiles Are Better Than America’s 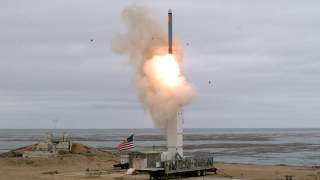