Iran is a Strategic 'Ulcer' for the U.S. Should Trump Invade or Live with It? 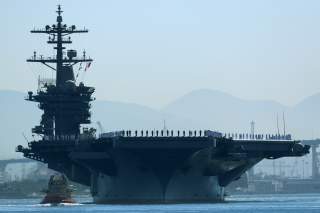 James Holmes is J. C. Wylie Chair of Maritime Strategy at the Naval War College and author of the forthcoming Brief Guide to Maritime Strategy. The views voiced here are his alone. This first appeared in July 2019.