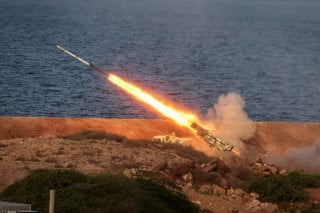 Following the withdrawal of U.S. forces and the Taliban’s triumph in Afghanistan last year, there have been numerous violent clashes between border patrol units on both sides of the Iran-Afghanistan border. The most recent of these was last Sunday. Iran, which has not yet recognized the new government in Kabul, has a deep-seated suspicion of the Taliban going back to the first seizure of power by the group in the 1990s. Sectarian rivalry in state ideology, an insecure border, and a checkered history all combine to create numerous examples of mistrust and suspicion on both sides. This should come as no surprise. Yet despite this, the U.S. withdrawal from Afghanistan created endless amounts of hyperbolic commentary about how a weakening United States is likely to instigate a domino effect where all of its rivals team up to make further gains at Washington’s expense.

Since the United States pulled out of Afghanistan, that country has now become more of an immediate problem for rivals such as Iran while no longer being a draining influence on U.S. troop deployments and equipment logistics. Likewise, the end of NATO’s collective involvement in Afghanistan was viewed as a potentially shattering moment for the alliance by some. However, thanks to Russia’s recent invasion of Ukraine, NATO is in fact stronger and more unified than ever before. The difference between the faraway mission in Afghanistan (invoked under the famous collective defense provision of the alliance after 9/11) and a response to a war launched on a country that directly borders some alliance members such as Poland and Romania could not be more striking. The closer a crisis is to the NATO core, the more likely actors are to proactively try to maintain a balance of power to hold revisionist or over-ambitious actors at bay.

Many U.S. policymakers, however, continue to talk in apocalyptic and aggressively ideological terms about their rivalries always being global, or being part of a “New Cold War” which pits rising authoritarianism against the free democratic world. But this is not at all what is really happening. The war in Ukraine has caused Kazakhstan, a longtime ally of Russia, to begin exploring additional contacts outside of Moscow’s sphere of influence in order to heighten its own international autonomy. On the other side of things, democratic India sees no need to believe in hyperbolic U.S. rhetoric of a grand global and existential battle for freedom as it maintains and even plans to expand its extensive defense and trade contacts with Moscow.  Iran’s particular problems with the Taliban were quite foreseeable to most outside of the Beltway because they are something indicative of a greater trend: that of U.S. hegemony’s gradual recession in many parts of the world and the attendant reassertion of the primacy of local politics. This process becomes especially dynamic when carried out by regionally anchored middle powers.

Without an expansionist United States to drive various countries together in fear of ending up on a sanctions or even regime change list, the immediate concerns of difficult relationships with one’s neighbors begin reasserting themselves. Not only does this extinguish any potential for a long-lasting anti-American front to form, but it also opens up opportunities for the now more-distant United States to resume diplomacy as the first and primary method of conducting its relationships with foreign states while enabling it to also reduce its military over-extension in non-critical regions of the world.

The extremely favorable and distant geography of the United States coupled with its unmatched naval power means that the United States has far more control over when and where it intervenes abroad. However, this has led to a dangerous hubris that overlooks the primacy of local and regional politics and replaces them with a grand global narrative which asserts that a lack of direct U.S. involvement leads countries to inevitably unify against the West. If anything, it is the opposite. The less ensconced the United States is in countries far from its core interests, the more likely it is to see its rivals turn on each other and generate a regional balance of power that prevents another outside actor from achieving a dominant position there.