Iran vs. Israel: A (Nuclear?) War That Should Never Be Fought: 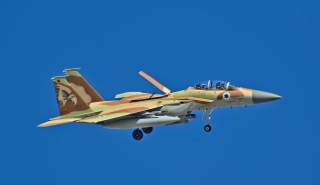