Iran's Missile Arsenal Should Cause Trump To Think Twice 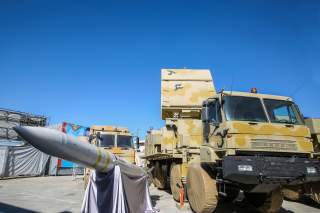 Zakiyeh Yazdanshenas is a freelance journalist focusing on Iran's foreign policy and PhD candidate in North American Studies at the University of Tehran.

Saheb Sadeghi is a columnist and foreign policy analyst on Iran. He is also a contributor to Foreign Policy and Al-Monitor.