Iran's Most Powerful Weapon Against America: Meet the IRGC 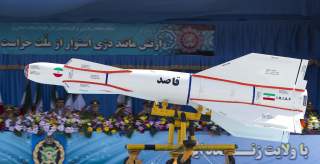