Iran's Worst Fear: Israel Sending F-35s Over Their Airspace (Some Say It Happened) 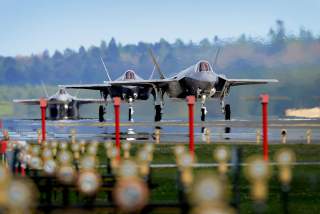 A Kuwaiti newspaper created a stir earlier this month when it reported that Israel's new F-35 stealth fighters had flown over Iran.

(Note: This first appeared in April of last year.)