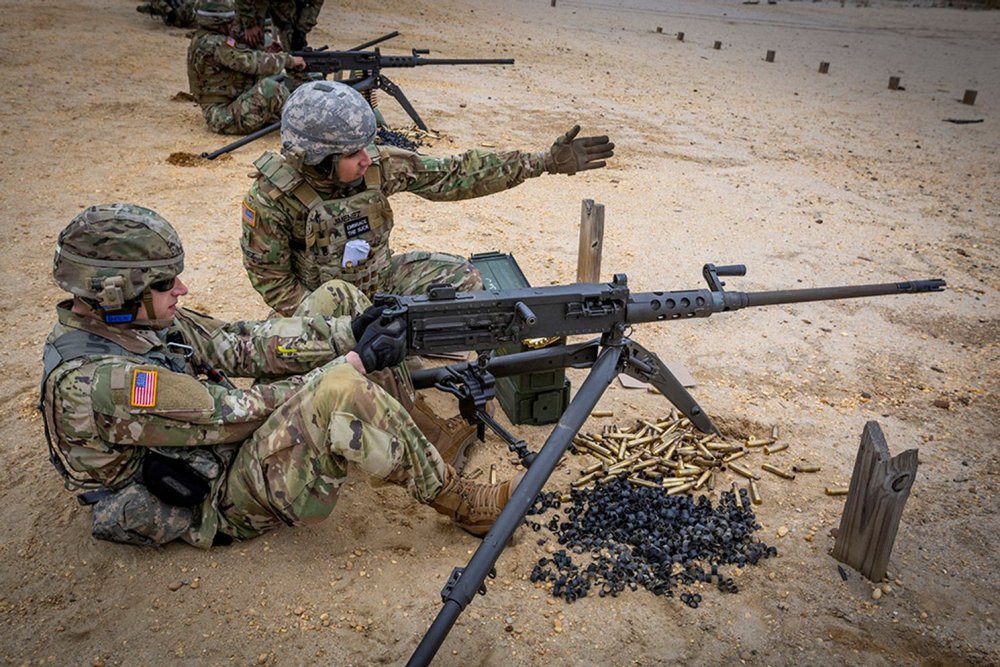 On Nov, 10, 2004, Army Staff Sgt. David Bellavia knew that he stood a good chance of dying as he tried to save his squad.

Bellavia survived the intense enemy fire and went on to single-handedly kill five insurgents as he cleared a three-story house in Fallujah during the iconic battle for the city. For his bravery that day, President Trump will present Bellavia with the Medal of Honor on Tuesday, making him the first living Iraq war veteran to receive the award.

In an interview with Task & Purpose, Bellavia recalled that the house where he fought insurgents was dark and filled with putrid water that flowed from broken pipes. The battle itself was an assault on his senses: The stench from the water, the darkness inside the home, and the sounds of footsteps that seemed to envelope him.

When the fight started, Bellavia's squad was pinned down, so he stood in a doorway and blasted at the insurgents with an M249 squad automatic weapon, providing a base of fire that allowed his fellow soldiers to escape from the kill zone.

"There were rounds coming right at me and I stood there and I fired [the M249]," Bellavia told Task & Purpose on Monday. "I remember hooking my finger to the second knuckle, which you're not supposed to do with a machine gun, because I figured if I got hit I'd want to keep that machine gun shooting."

With his squad safely outside, a Bradley fighting vehicle pounded the house – rupturing all of the plumbing in the process. Bellavia decided the only way he could tell if the Bradley had killed any of the jihadists was to go back inside.

"As soon as I'm in that living room and I'm looking at broken glass and the mirror that they basically set up to look for us, I'm realizing that these guys are alive," Bellavia said. "They don't appear to be wounded. They're very much whispering, talking. They're in the fight."

Bellavia was talking to another soldier about how to attack the house, when suddenly Bellavia saw an insurgent screw a fuse onto a rocket and then load it into an RPG.

"It just happened," he said. "It was like: I can't even finish my sentence because this is going to kill us all. So, we engage."

Bellavia quickly shot two insurgents, but then he heard others talking and the sounds of footsteps. He moved into a dark room, only to find out it had not been cleared.

The battle in the dark was confusing. The jihadists refused to die after being hit. Somehow, they kept fighting. Distinguishing between dead and wounded adversaries became nearly impossible.

"The only way you could tell if it was somebody you engaged before is if they were bleeding," he said. "If they were bleeding, I figured I had shot them. When you think you killed someone, you look down, you see a puddle of blood in the water, but there's no guy.

"You see almost like chum in the water – like there's a blood streak through a puddle. And you're like: OK, he crawled over there. I could see he's not moving, so move onto the next thing. While that's happening, I see sparks impacting a wall in the room that I'm in."

As the combat became more chaotic, Bellavia tried to remember hymns that he had learned as a child, but instead scenes from "The Exorcist" flooded into his mind, according to The Buffalo News.

In the midst of the fighting, an insurgent who was hiding in a wardrobe jumped out and started firing with a snub-nosed AK-47.

"You're initially freaked out," Bellavia said. "It scares you. But then I got him. I got him good. He ran onto a bed with wet feet. He got tied up on the sheets or tied up on the mattress, and he just tumbled. When he tumbled, I was able to really put solid rounds onto him. He just hit that metal door and bounced up."

The fighting was so intense that Bellavia narrowly avoided getting shot when he slipped on a bloody staircase. Later, he slit an insurgent's throat in hand-to-hand combat.

After killing four insurgents, Bellavia stepped onto the house's second story patio to have a cigarette while he waited for the rest of his squad to arrive and help him kill the remaining jihadist."

As I'm smoking my cigarette, this guy just jumps down," Bellavia said in an Army video about the battle. "My weapon is away from me. I'm smoking a cigarette. I don't have a helmet on. I can't run. My eyes are burning. He had the jump. But, you know, he landed the way he landed, so I was able to fire onto him."

The fatally wounded fighter crawled off the roof, Bellavia said. The man's body was never recovered.

"A crazy day ended and we went on to the next crazy fight – and there was plenty of those for the rest of the time we were in Fallujah," he said.