Is the Irish Government Providing Enough Financial Support to Those in Need? 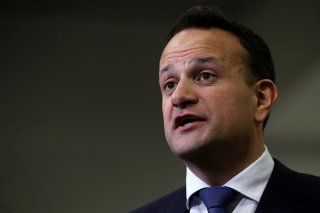 Ireland, like many countries, has seen hugely increased levels of unemployment as a result of the measures taken to slow the spread of COVID-19. Figures released for March 2020 show that unemployment rates have risen from a modest rate of 5.4% to 16.5% when adjusted to take account of those who have become unemployed as a result of the crisis:

This rate is likely to have risen again since these figures were released. The recently published government draft stability programme is predicating a peak rate of 22% unemployment; peaking in the second quarter of the year, before gradually reducing as containment measures are eased. Of course, this is an employment forecast made in a very uncertain political and economic climate and just how this will actually play out in respect to the Irish labour market is very difficult to accurately predict.

The Irish government’s immediate response has been to introduce three key payment schemes; the COVID-19 pandemic unemployment payment, the temporary wage subsidy scheme and the short time work support, the latter of which is available to those who continue to work but who are working reduced hours because of the crisis.

The pandemic unemployment payment is a wage replacement payment, paid at a rate of €350 (£308) per week. The payment was initially established at a rate of €203, which mirrored the basic adult rate of payment for Irish welfare recipients across already existing payments. However, it was quickly increased to the current €350.

It is available to anyone who has lost their employment or who has been temporarily laid off due to COVID-19, including part-time workers. It is also available to those who were self-employed but who have had to cease working due to COVID-19, and to certain categories of welfare recipients who may also have been working.

This support is expected to be a time-limited payment, lasting for a period of 12 weeks. But it has, in essence, created a two-tier welfare system in Ireland, at least in the short term. One group of welfare recipients is being paid far above what another group receives, raising questions of who is seen to deserve support.

The temporary wage subsidy scheme functions a little differently. It is targeted at employers in a bid to keep employees linked to their places of employment where possible. In effect, it allows employers to pay their employees during the crisis by offering them a government subsidy for wages. Since April 15 subsidies have been offered on a tiered basis of up to 85% of earnings, depending on how much employees are normally paid. The scheme has not been as highly subscribed to as the pandemic unemployment payment. It is also expected to last 12 weeks.

Looking again at the March figures, it is clear that a sizable number of people are currently reliant on both payment types. At the time, more than 513,000 people were registered for support. These figures have very likely increased since the most recent reports. The government draft stability programme reported on April 20 that 584,000 people had registered.

Yet the policies these figures represent are in effect only temporary solutions to what, in the absence of definitive treatments or a vaccine for COVID-19, is likely to be a much longer-term problem. It is also worth noting that in a world where movement is greatly restricted, the usual safety valve of relieving pressure through high levels of economic migration is unlikely to be an option. Therefore, longer term and arguably radical solutions will be required.

One policy option that has arguably gained more traction as a result of COVID is universal basic income. Pre-COVID survey data from Ireland suggests that this might be something people could support in a post-COVID future.

The European Social Survey indicated before the outbreak that when respondents in Ireland were asked if they would welcome the idea of a basic income, 46.2% were in favour and 9.5% were strongly in favour. With no guarantee of a stable labour market for some time to come, it is certainly worth considering whether this is a way to help people over the longer term.

A further possibility might be the adoption of a jobs-sharing initiative through a reduced working week. If everybody works fewer hours, there are potentially more jobs to go round. Whatever choices are made, it would be a mistake to think we can just return to “normal”. Frankly in an Ireland where, in 2019, 122,800 workers were scraping by on a minimum wage of €9.80 per hour or less and where the “at risk of poverty” rate stood at 14%, it is hard to know why anyone would want to.