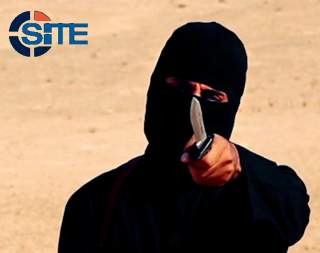 ISIS militants published propaganda videos on TikTok in what was likely an effort to target teens in recent weeks, The Wall Street Journal reported Monday.

“This is an industry-wide challenge complicated by bad actors who actively seek to circumvent protective measures, but we have a team dedicated to aggressively protecting against malicious behavior on TikTok,” a TikTok spokeswoman said in a statement.

Social media intelligence company Storyful discovered the videos published to TikTok — the third most-downloaded app in the world in quarter one of 2019, WSJ reported.

“We permanently ban any such accounts and associated devices as soon as identified, and we continuously develop ever-stronger controls to proactively detect suspicious activity,” the spokeswoman said.

The videos showed ISIS fighters holding guns, jihadi women, chants and songs of loyalty in Arabic and corpses paraded through streets — some of which were edited with heart- and star-themed TikTok filters in a possible attempt to make the videos more appealing to younger audiences, WSJ reported.

“This catchy sing-along method for propagating ISIS ideology means it spreads quickly and sticks in the collective memory. It tends to be far more effective than sermons or theological debate and treatises,” Kendall continued.

About 30% of TikTok users are under the age of 18, WSJ reported citing internal TikTok documents.

This was inevitable, considering the demographics TikTok caters to, specifically in Asia (also forces me to actually join this darn thing now)

The videos published to TikTok come after ISIS leader Abu Bakr al-Baghdadi purportedly called for an increase in efforts to recruit new members and garner enthusiasm for the group through social media in an audio message released in September, WSJ reported.

“O soldiers of Allah everywhere, know that what is coming is good … so the efforts must be redoubled and one’s best must be given in all aspects, whether in preaching or media or military or security,” Baghdadi purportedly said in the audio recording.