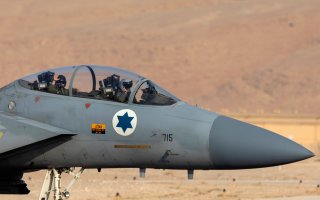 With the destruction of the underground part of the nuclear enrichment facility at Natanz, Israel’s shadow war against Iran, which has been escalating for some time, has reached its climax for the time being. But this war is not yet over. Only when Israel has neutralized the underground nuclear infrastructure of the Revolutionary Guards will it have reached its goal. Until then, now more than ever, the “Begin Doctrine” applies, according to which Israel will under no circumstances allow an enemy to develop weapons of mass destruction that could be used against the Israeli population.

It is no coincidence that Israel’s Prime Minister Menahem Begin formulated this principle in 1981, the day after the Israeli Air Force successfully attacked Iraq’s Osirak reactor. Today, Israel's leaders refer to it again in many speeches. Israeli elites have come to understand that they must fight the battle against Iran and its nuclear program without U.S. assistance. All attempts to convince several U.S. administrations of the need for joint action against the theocratic dictatorship have failed.

Israel has no reason to hope that U.S. policies will change fundamentally under the Biden administration. Nice words, which President Joe Biden undoubtedly will deploy, are unlikely to be enough to substitute for action. Certainly, people in Israel took note of what Biden had to say about the demise of Osama bin Laden: “We followed bin Laden to the gates of hell - and we got him.” Unfortunately, as former President Barack Obama gleefully described in his memoirs, then-Vice President Biden was one of the few naysayers in the crucial deliberations regarding the successful action to eliminate bin Laden.

Dr. Hans Rühle is a former Director of the Research Institute of the Konrad Adenauer Foundation, Head of the Planning Staff in the German Ministry of Defense, and General Manager of a NATO agency. His book The Iran Nuclear Deal: Progress or Self-Deception (in German) has just been published.