Israel Can Take on Any Military In the World: 5 Reasons Why 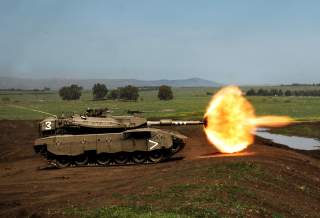 In 1947, Israel’s low population but high level of education meant its citizens could train and organize a national army fairly quickly. Manpower limitations also meant the Israeli Army tended to gravitate towards technologically advanced, high firepower forces, and become more proficient at them than its neighbors.