The Israel-Hamas War Reveals the Limits of Precision Warfare 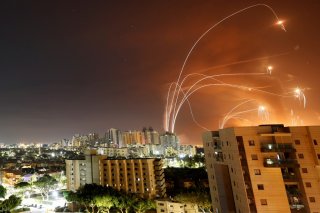 To listen to the Israeli Defense Forces explain the recent war between Israel and Hamas, which began on May 10 with Hamas rocket fire on Jerusalem, is to listen to Israel try to explain how it will claw some victory from the jaws of attrition. This is because Hamas entered this war with a known playbook. Since 2006 Hamas has run the Gaza Strip. Two particularly bloody wars in which Israel sent ground forces into Gaza, in 2009 and 2014, taught Israel to try to manage the conflict with Hamas via precision airstrikes. Hamas knows it would be toppled and it knows the rules of the game and sought to exploit them.

The way Hamas has done this is through 3,750 rockets fired in the first ten days of the war. Some of the barrages have included 140 rockets fired in a few minutes, an unprecedented number. Israel’s Iron Dome air defense system achieves ninety percent success against rockets it seeks to intercept. These are not all the rockets, because many fall in open areas. Some 550 rockets actually fell in Gaza because some fail. However, Israel had to intercept more than 1,000 rockets aimed at large cities like Ashkelon and Tel Aviv.

Israel has carried out several rounds of massive airstrikes on what it says is 100km of Hamas tunnels underneath the ground in Gaza. These are not like the tunnels Hamas once built to smuggle weapons via Sinai, or the ones it tried to build into Israel. These are tunnels that go under cities and enable Hamas to move weapons underground. Hamas has some 15,000 rockets, Israel believes. These have ranges up to 200 kilometers. They are often copies of Iranian rockets and missiles, like the Fajr-5.

On May 19 the Israel Defense Forces (IDF) said that they had continued to strike the Hamas underground “Metro.” This was the “fifth stage” of strikes and included 40 targets. Israel used 120 guided munitions and 52 jets. Israel has also downed Hamas drones, a Hamas unmanned submarine, and other new Hamas technology that is often based on Iranian technical advice. Israel says it is hitting weapons storage and command and control. Israel has also struck some Hamas commanders, but the overall policy is not to kill large numbers of Hamas members. Israel has been excoriated for killing dozens of civilians in Gaza during this war. Although Israel says it always warns the civilians, including calling their houses before airstrikes, some have been killed.

The precision nature of this war, using the latest munitions with the latest intelligence, drones, and other methods of surveillance, has nevertheless resulted in Israel needing to forego ceasefires and claim that it hasn’t completed its mission in Gaza. Yet Hamas appears to be winning the public relations war and perhaps even the strategic war. Israel has been hammered by some members of the US Congress and commentators arguing the US should cut their $3.8 billion in annual military aid. Several members of Congress even called Israel an “apartheid” state. In the European Union, only Hungary appeared to stand the way of a consensus EU call for a ceasefire that was critical of Israel. China has issued extremely tough statements slamming Israel and pushing for the UN Security Council to condemn Israel. It’s not clear if Israel is a victim here of the US-China rivalry but remarks in China calling Israel a “beachhead” of the US in the Middle East are an example that shows this could be the case. Furthermore, the push for UN condemnation has totally ignored the 3,000 Hamas rockets fired at Israel. On Tuesday two foreign workers were killed by those rockets, adding to a death toll that has been around twelve people so far. How the UN came to push for a condemnation of Israel, without even mentioning Hamas, illustrates how Israel has suffered a setback internationally.

Meanwhile, Hamas is angling for Palestinian elections later this year. They were postponed but Hamas believes it will benefit. Iran and Hezbollah are also watching. Iran’s Islamic Revolutionary Guard Corps (IRGC) head Hossein Salami said on the eve of the war, on May 7, that Israel was vulnerable to a large tactical onslaught like this. Hezbollah’s leader and Hamas leaders have argued that there is a global shift against Israel. They likely see a new US administration in Washington and Turkish condemnation of Israel, along with Russia and China and Iran growing in power, as evidence that Israel may be losing its western allies.

The problem for Israel is therefore tactical and strategic. In 2018 when Israel’s Prime Minister Benjamin Netanyahu was pressured to go to war in Gaza he refused, arguing that the Iranian threat in Syria needed Israel’s full attention. Israel and Iran have appeared on a collision course in Syria, as well as Lebanon and perhaps Iraq as well where pro-Iranian militias say they want to join the Hamas war against Israel. Israel and Iran appear to have already traded cyber attacks and Iran has accused Israel of sabotage. Israel continues to receive advanced fifth-generation F-35 stealth fighter jets from the US and is buying other weapons and hardware. This is to prepare for a serious war against Hezbollah and Iranian proxies.

However, when it comes to Hamas, Israel wanted to manage the conflict. For instance, Israel-Hamas tensions have risen in the past and Israel carried out short multi-day airstrikes on Gaza. In 2018 this resulted in some 800 rockets and in 2019 there was a short operation called Black Belt against Palestinian Islamic Jihad. Some 600 rockets were fired but Israel was able to concentrate its fire against Islamic Jihad and bifurcate it from Hamas. Now that policy of managing the war is at an end. Israel openly says it wants to achieve five years of quiet. But Hamas has not suffered serious setbacks. Israel has settled into a routine of striking Hamas infrastructure after warning people around it. Usually, the Hamas members can flee. Some Hamas drone and Anti-Tank Guided Missile (ATGM) teams have been hit. However, casualties appear low. Hamas isn’t paying much of a price for its massive rocket fire. Evidence in Iranian media also appears to show Hamas rocket fire is designed to test Israel’s Iron Dome defenses and also to close Israel’s airports. New Hamas drones, based on the Iranian Ababil, pose a new threat. Iron Dome shot one down, the first combat interception of a drone for the system.

Iron Dome and precision airstrikes may not be a magic wand. Militaries know this. The US believed the Revolution in Military Affairs after the Gulf War in 1991 would be a watershed. Global hegemony for the US followed but it suffered setbacks in the Balkans and in policing the skies of Iraq and in Somalia. Eventually, the invasion of Iraq and Afghanistan showed all the precision in the world, even combined with airstrikes and modern drones can’t win wars. The US left Iraq in 2011, only to return. It has now left most of its facilities again, harassed by pro-Iranian militias using 107mm rockets and drones. The US responded with airstrikes in 2019, March 2020, and February 2021. But airstrikes didn’t win the war. Similarly, the US is leaving Afghanistan after 20 years. Us counter-insurgency doctrine and iterations like COIN are widely critiqued. The US now wants a big army and larger Navy to deal with near-peer rivals like China.

Israel has invested heavily in net-centric warfare, using artificial intelligence and knitting together units with new technology. This appeared to offer a new war of movement and lethality while cutting down on mistakes. However, the war in Gaza has shown the limitations. When the war is supposed to be totally clean, with almost zero casualties, mistakes are made and wars are not won decisively. In addition, there is no deterrence for the next round. Israel has openly said it is fighting a “war between the wars” in Syria using some 2,000 airstrikes on Iranian targets to slow down the Iranian weapons trafficking to Lebanon. But this approach, which some compare to “mowing the grass” doesn’t get rid of the grass. There are warnings that Hamas will emerge from this round with more legitimacy. Iran and Hezbollah may be strengthened. Israel has lost some international support. The new Israel-Gulf ties, based on a period of peace that saw economic ties as a major benefit and which would knit Israel together with Greece and India via the UAE, now could be harmed by the recent conflict. It is not clear what Israel has gained from this round. That will be a concern for those who have looked at precision warfare and the latest technology sponges, like the F-35 as a method to defeat near-peer rivals. It will also be a concern for the region because Iran and its proxies will be emboldened. The Houthis in Yemen, for instance, use a similar model of missiles and drones to attack Saudi Arabia. Like Israel, the Saudis and the US in Iraq, have seen challenges from this Iranian missile doctrine across the region. Precision airstrikes may have reached a high point. The doctrine that comes next, or the need to update this doctrine may be a big question mark for military planners. The tougher kind of conflict, with ground troops, that Azerbaijan waged on Armenian fighters last year, may be seen as more of a combined arms model, than just using air support and trying to have zero casualties.