Israel Has Good Reason to Be Wary of ICC Probe 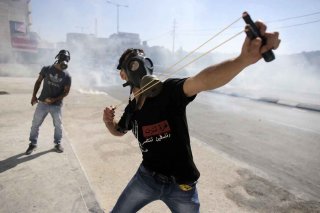 “The investigation,” the International Criminal Court’s prosecutor, Fatou Bensouda, said the other day in announcing her probe of Israeli and Palestinian activity in the West Bank, Gaza, and East Jerusalem, “will cover crimes within the jurisdiction of the Court that are alleged to have been committed . . . since 13 June 2014.”

The starting date is telling, for it mocks Bensouda’s assurances that her office will conduct the investigation “independently, impartially and objectively,” with a “principled, non-partisan approach” that reflects “no agenda other than to meet our statutory duties.”

That’s because it was on June 12, 2014—a day earlier—that the terrorist group Hamas, as it later admitted, kidnapped and killed three Israeli teenage Yeshiva boys from the West Bank, leaving their bodies, as the New York Times put it, “buried under a pile of rocks in an open field about 15 miles from where [they] were last seen.”

It was that attack, which one Hamas leader called a “heroic operation,” that prompted Israel to arrest Hamas leaders in the West Bank, which then prompted Palestinian militants to launch thousands of rockets from Gaza into Israel, which then prompted an Israeli invasion of Gaza from the air and ground. The 2014 Gaza War, as it’s known, extended into August and left more than two thousand Gazans and scores of Israelis dead.

So, one might wonder why the ICC—in probing that war, the violence of 2018 on Gaza’s border with Israel, and Israeli settlements—will not probe a gruesome terrorist attack that triggered the war itself.

It is just one troubling aspect of this probe, and it raises the specter of another one-sided global investigation of Israel, the region’s only democracy.

The ICC was established as a United Nations body under the Rome Statute, which the UN General Assembly adopted in 1998, and it went into operation in 2002. It is designed to investigate genocide, war crimes, crimes against humanity, and “crimes of aggression” by states, but its actual purview and authority is the subject of significant debate.

For one thing, questions remain about whether the Court has jurisdiction over a broad swath of countries—including the United States, China, Russia, and India—that aren’t parties to the Rome Statute. Israel is one of them, and it understandably chafes at the idea of being adjudicated by a body whose authority it doesn’t recognize.

For another, the subject of the ICC’s new investigation is controversial. The ICC ruled in a 2-1 decision early last month that its jurisdiction extends to Gaza, the West Bank, and East Jerusalem. It also ruled, this time unanimously, that “Palestine” is a “State Party to the Rome Statute.” But Palestine isn’t a state under international law, because it doesn’t meet the internationally recognized criteria for one that the 1933 Montevideo Convention defines.

Thus, the Court seems to be trying to expand its power, and to create new political realities in the process. Indeed, the Court’s Chief Justice, Peter Kovacs, made that precise point in his dissent from the ICC’s recent 2-1 decision that its jurisdiction extends over the Israeli-Palestinian conflict.

These machinations have caught Washington’s attention. At the State Department, spokesman Ned Price raised “serious concerns” about the ruling, questioning Palestinian participation in the ICC and other international entities as well as the ICC’s attempt to “exercise its jurisdiction over Israeli personnel.” Germany, Hungary, Australia, Canada, the Czech Republic, and Brazil expressed similar concerns.

Now facing an ICC probe that’s rooted in legal controversy, one can hardly blame Jerusalem for its forebodings. In recent decades, the United Nations has proved no friend of the world’s only Jewish state.

For one thing, its Human Rights Council remains a hotbed of anti-Israeli obsession. It has made Israel its only permanent agenda item that, consequently, it discusses at each of its three meetings a year; it focuses its investigations and resolutions overwhelmingly on Israel; and it created a “blacklist” of companies that conduct business with other companies in East Jerusalem, the West Bank, and the Golan Heights.

For another, an ICC probe of the kind that Bensouda outlined conceivably could target Israel’s Prime Minister Benjamin Netanyahu and Defense Minister Benny Gantz, the former because he was Israel’s prime minister during the 2014 war and beyond and the latter because he led Israeli Defense Forces during that war.

Ten years ago next month, Richard Goldstone acknowledged that, despite what the Goldstone Report about the Gaza War of 2008–09 asserted, Israel did not deliberately target civilians as it fought Hamas. That report, by the way, was the product of a fact-finding mission that the Human Rights Council had appointed.

The question now is whether, as the ICC seeks to assume more power and expand its jurisdictional authority, its upcoming probe will generate more unwarranted slanders against the Jewish state.