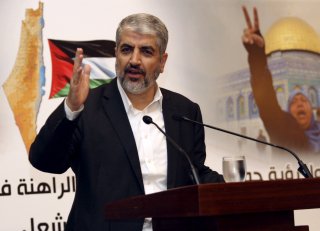 In the wake of the recent war in Gaza, Israel has realized the importance of keeping the Gaza Strip stable and that means providing economic incentives and some flexibility for people who need to leave the area for work. This also means working with Qatar, which has been providing funding for the Gaza Strip over the last several years. Qatar has taken an interest in Gaza for more than a decade. At times this has led to criticism that Qatar’s financial support, which has gone through Israel due to a close working relationship, might have helped enable Hamas to stay in power.

Israel’s Minister of Defense Benny Gantz said on August 5 that “at the end of operation ‘Guardian of the Walls,’ I said that the situation that was before, will be no longer – both in terms of policy and operational activity. We have demonstrated this through our firm responses to every violation of our sovereignty.” The State of Israel is prepared for any scenario, he said. This could be for long-term calm or on the flip-side, for an escalation. “With the help of our Egyptian partners who play a constructive role, as well as additional international officials, we continue to work to ensure long-term peace, to provide economic assistance to Gaza residents, and to ensure the return of our boys.” He is likely referring to the bodies of two soldiers held by Hamas since 2014. “At the same time, we are accumulating hundreds of new terrorist targets in order to ensure that we are ready to protect the residents of the south and to remove any potential threats,” he said.

Gantz stressed that another issue his team is trying to improve is the transfer of Qatari aid. “Israel greatly appreciates Qatar's contribution to stability in the area, and we are working together to create a mechanism that will ensure greater security for Israel, while strengthening the Palestinian Authority, as a moderate element and representative of the Palestinian people, and will promote the well-being of Gaza residents who suffer under the leadership of the Hamas terrorist organization. We need long-lasting quiet - the longer it lasts, the better the situation will be for citizens on both sides.”

This is an important statement because it is a window into Israel's view of Qatar today. Qatar has tended to be close to Turkey, and Turkey has been close to Hamas because Turkey’s ruling party and Hamas both have links to the Muslim Brotherhood. In addition, Qatar has been accused of supporting groups or political Islamic parties close to the Brotherhood. This is important because it is part of the differences that Qatar also has with Saudi Arabia and the United Arab Emirates in regional outlook. Riyadh and Abu Dhabi condemn the Brotherhood and are close to Egypt, which views the Brotherhood as terrorists.

Israel, Hamas, and the Palestinian Authority (PA) are part of this wider regional struggle. However, things shift with time. The change of power in Washington means every country is recalculating. Turkey has signaled an interest in restarting relations with Egypt and having discussions about Libya, where Egypt and Turkey are on opposite sides. Turkey has also been doing outreach to the Palestinian Authority and Israel. This means less hosting of Hamas leaders in Turkey. It also might change how Qatar is perceived as being amenable to Hamas. Recent reports have indicated concern in Washington about allegations that Qatar may have financial contacts with the Iranian Islamic Revolutionary Guard Corps, according to a report at the Washington Examiner, Times of Israel, and Al-Ain.

Israel is now taking a keen interest in how Qatari funding reaches Gaza. A new mechanism is being put in place so that cash doesn’t merely flow to Gaza via the PA and Israel. The mechanism has come into place after the May conflict in which Hamas fired more than 4,000 rockets at Israel. Israel in turn used precision strikes to hit the Hamas “Metro” of tunnels under Gaza.

Israel’s Ministry of Defense is stressing that Qatar is stabilizing this area of the Middle East, according to a Senior Defense Official. This is a change of approach, the official says. “We are changing the defense policy and ministry policy, the way we deal with the Qataris.” The message is that Qatar is now stabilizing and being helpful and flexible to provide funding to the poor in Gaza and also to provide humanitarian aid, infrastructure, and fuel. The Israelis say they want to stabilize the Gaza strip. “We want to change the environment there and make it better,” says the official. That is why Israel has also increased the permits for Palestinian workers from only a handful to 15,000 additional workers that may enter Israel. “We are changing out infrastructure and building another way to enter and exit the border so it is easier and less crowded,” says the official.

The dialogue with Qatar is now in a positive direction and the mechanism to provide secure payments will be in place soon. There will be money so people can buy basic items, for instance. While Israel used to be more critical of Qatar’s role, it appears the new government in Israel is taking a new stance on this issue publicly. This will also mean stabilizing the Palestinian Authority and perhaps in the long-term weakening Hamas. Hamas claimed it won the recent conflict and sought to leverage that for support in the West Bank, where the PA usually suppresses Hamas. The recent decisions to provide some economic boost for Gaza is designed to keep the peace.