Israel Just Put Doubts About the Iron Dome to Rest 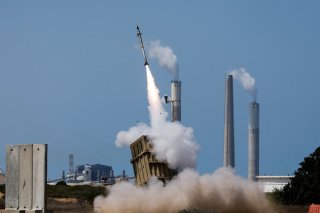 PIJ responded by firing some 1,755 rockets toward Israel between Friday evening and Sunday night. Most targeted southern Israel, though a few threatened the outskirts of Tel Aviv and Jerusalem.

The results included roughly forty-four deaths and 350 injuries in Gaza. Israel, however, suffered no fatalities and only four rocket fire injuries.

Hamas, Gaza’s ruling militant group, did not join the conflict. Hezbollah and other Lebanese groups likewise stayed out.

The limited participation and duration kept the total barrage small relative to previous Gaza-Israel flare-ups. Roughly 4,400 rockets and mortar shells were fired during the conflict in May 2021, and at least 5,000 during the summer of 2014. 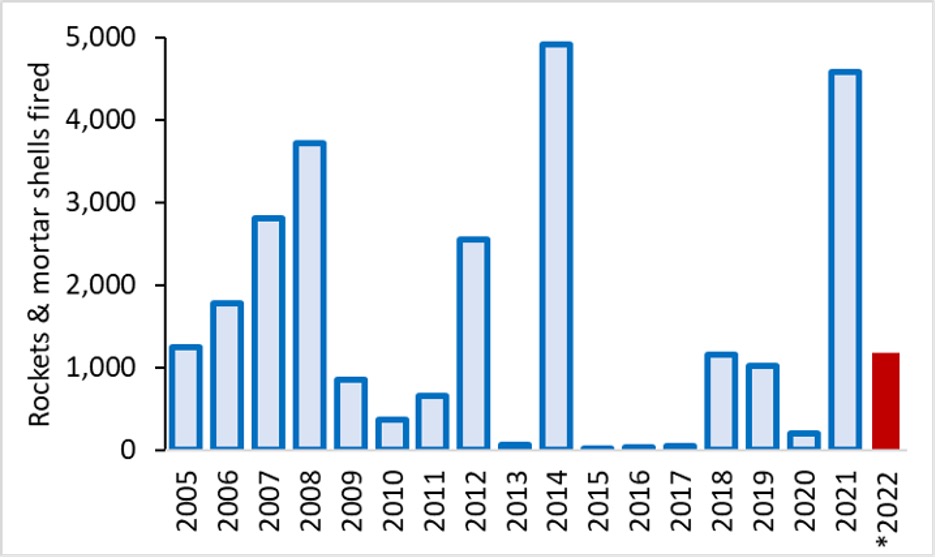 PIJ’s barrage was nevertheless very intense, averaging around 550 rockets every twenty-four hours. That beat the 400-rocket daily average of 2021’s conflict and the 80-rocket average in 2014.

But the rockets accomplished relatively little.

To begin with, the IDF says roughly 200 malfunctioned and landed in the Gaza Strip. One killed seven Palestinians.

Of the 975 rockets arriving over Israel, Iron Dome batteries reportedly intercepted 380. The IDF said that represented 97 percent of all rockets headed toward populated areas. This implies that only twelve rockets hit such areas, with the remaining 583 landing in open fields or at sea.

In other words, just 1.0 percent of PIJ’s rockets ultimately hit targets. That’s well below an estimated 2.8 percent in 2021 and 3.6 percent in 2014. (The United States paid for many of those interceptions. Last March, it gave Israel another $1 billion of Iron Dome funding.)

PIJ’s rocket accuracy was not the issue. Some 40 percent of the rockets arriving over Israel threatened populated areas. That’s above 2021’s 36 percent and 2014’s 24 percent.

Rocket reliability was also decent. About 17 percent of PIJ’s rockets misfired or stayed in Gaza, better than 2021’s 20 percent but worse than 2014’s 14 percent. (Incidentally, those numbers all look great compared to the 20 to 60 percent failure rates reported for Russian missiles in Ukraine.)

But the low hit rate’s primary cause was the 97 percent interception rate claimed for Israel’s Iron Dome systems.

The reliability and accuracy figures mean that only 33 percent of PIJ’s rockets launched successfully and arrived over Israeli cities. Those then had only a 3 percent chance of avoiding interception. Slim odds, indeed. That helps explain why the weekend barrage injured just one Israeli for every 294 rockets fired. By contrast, only twelve rockets were needed per injury in 2021 and forty in 2014. If Iran funded this conflict, it got very little bang for its buck.

Israel’s extensive, but not universal, system of rocket warnings and bomb shelters also reduced its casualties. For example, a direct hit by one rocket badly damaged a home, but the occupants remained uninjured inside their household shelter.

The IDF was understandably pleased by Iron Dome’s performance and its improvement since previous operations. But it seemed confused about what that previous performance had been.

During a briefing on Tuesday, the IDF said the interception rate had been 89 percent during the 2014 conflict and 86 percent in 2012.

Both pairs of numbers are impressive. But while Tuesday’s numbers aligned with past Israeli claims, Sunday’s rate was noticeably lower. After the 2014 conflict, interception estimates ranged from 83 to 90 or even 92 percent, not 80. And in 2012, the claims were typically around 85 to 88 percent—nowhere near 75 percent.

This discrepancy caught my eye because Iron Dome’s performance was once highly controversial. Since there is no way to verify the interception claims independently, and the IDF wants its rocket-firing opponents to believe the interceptors are excellent, it might be tempted to exaggerate.

My research suggests the 2012 success rate was likely overstated, though probably still respectable.

Of course, Sunday’s briefing might simply have included incorrect numbers. Or perhaps it mentioned stats for one battalion rather than the IDF overall. Or, just maybe, it momentarily disclosed realistic numbers “straight from the horse’s mouth” before public affairs officers restored the official narrative on Tuesday. Who knows? In any event, those old numbers matter little now to Israel’s opponents. What counts militarily is its interception capability today and tomorrow, not a decade ago.

This growing reputation, however, has yet to yield any foreign sales, apart from the U.S. Army’s two systems. Ukraine wants to buy some, but Israel has refused because of its awkward relationship with Russia in Syria. Germany took a look. However, it opted for Israel’s longer-ranged Arrow system instead.

Countries like Bahrain and Morocco are increasingly interested. But will Israel’s leaders be comfortable selling their latest weaponry to these relatively new regional friends? That will be one of many challenging issues facing whoever wins the country’s November elections.

Michael J. Armstrong is an associate professor of operations research at Brock University in Canada. His research interests include missile combat over land and at sea.