An Israel vs. Iran War Would Be a Disaster. Here Is How to Lessen Tensions. 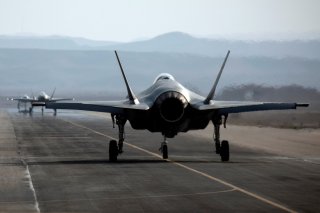 Many analysts explain the ongoing wars in Libya, Syria, Yemen, and other political/security upheavals in the Middle East by the deep-rooted conflict between Iran and Saudi Arabia. There is no doubt that this multi-dimensional Shiite-Sunni/Persian-Arab rivalry is a major reason for instability in the Middle East. However, the intense hostility between Iran and Israel is probably a much bigger challenge. Since the late 1970s, the two nations have seen each other as an archenemy and have been engaged in direct and indirect hostilities for decades. The long list includes alleged terrorist attacks against Jewish targets, accusations of assassinating major political and military leaders, military confrontations in Syria, and reported attacks in the cyber and maritime domains, among many others.

Iran and Israel Amid a Changing Strategic Landscape

Unlike Turkey, another Muslim and Middle Eastern power that granted Israel full recognition, the Iranian cabinet decided in March 1950 to grant the Jewish state de facto recognition. One of the earliest attempts to create a strategic partnership between Iran and Israel was designed by Prime Minister David Ben-Gurion in the mid-1950s. The periphery doctrine was derived from the perception that Israel was surrounded by a wall of radical Arab states led by President Gamal Abdel Nasser of Egypt. These Arab states had facilitated the Soviet penetration of the Middle East and sought the total destruction of Israel. In response, the Israeli leaders articulated a plan for a peripheral pact situated on the periphery of the Middle East and connected to Israel in a “triangle” with Turkey and Iran in the north and Ethiopia in the south. The common denominator of these states was expressed mainly in their political aspiration to halt Soviet influence and resist radical Arab nationalism.

This strategic alliance and the fact that Iran has the second-largest Jewish community in the Middle East (after Israel) have not survived the 1979 revolution. The hostility between the two nations is driven less by ideology and more by geo-policy. Ayatollah Ruhollah Khomeini, the founder of the Islamic Republic, made a clear distinction between Judaism as a religion and Zionism as a political movement. There is no territorial dispute between the two nations; Israel has never occupied Iranian land. But, the two contenders (along with Turkey), perceive themselves, with good justification, as the regional powerhouse.

Since the early 1980s, the balance of power between Arab states and Israel has turned strongly in favor of the latter. The three major traditional Arab powers—Egypt, Iraq, and Syria—have lost much of their leverage. With a population of more than 100 million and limited economic resources, Cairo faces daunting challenges. Since 1980, Iraq has been in wars against Iran, the United States, and the Islamic State (ISIS); Baghdad has a long way to go before it can hope to resume its regional leadership status. Finally, since 2011, Syria has been mired in civil war and, despite the recent gains by President Bashar al-Assad, its future is uncertain. By contrast, the Gulf Cooperation Council (GCC) states of Bahrain, Saudi Arabia, and the United Arab Emirates seem eager to normalize relations with Israel as demonstrated by Abraham Accords. Some of their leaders see Iran, Turkey, and political Islam, not Israel, as their main enemies. This growing alliance is further strengthened by the perception that the United States is not a reliable partner and the technological advances Israel has made in the last few decades.

On the other hand, Iranian leaders have always perceived their country as the natural regional power and as a victim of foreign intervention. In their perspective, global powers (Britain, Russia, and now the United States), in partnership with regional allies (some Arab countries and Israel) have prevented Iran from reaching its potential. The nation is home to one of the most ancient civilizations in the world and over the centuries has developed a strong national identity despite having multiple ethnic and sectarian minorities. Further, it has a large population and a well-educated middle class. In addition to this long history and demographic advantages, the country holds the world’s fourth-largest proven reserves (after Venezuela, Saudi Arabia, and Canada) and the second-largest natural gas (after Russia). It is one of the founders of both the Organization of the Petroleum Exporting Countries (OPEC) and the Natural Gas Forum. Finally, and like Israel, the country has a well-developed indigenous military industry that includes missiles, drones, and cyber.

For the last several years, Israel has been bombing Iranian targets in Syria and the two countries have been reported to be engaged in cyber warfare and to have attacked each other’s ships. These military operations can ignite the entire Middle East and beyond. Being under severe economic sanctions for most of the last four years, Iranian leaders have chosen to practice “strategic patience” but retaliation against Israeli attacks should not be ruled out.

Within this context, several dynamics need to be highlighted. First, unlike Iran, Turkey enjoys complicated and less confrontational ties with Israel (and with most Arab countries.) President Recep Tayyip Erdogan and Prime Minister Benjamin Netanyahu do not trust each other, but, rhetoric aside, Israeli tourists are welcomed in Turkey and the two nations enjoy good economic relations. Second, the normalization between some Arab countries (Bahrain, Morocco, Sudan, and the United Arab Emirates) and Israel should not be driven by mutual hostility toward Iran. Rather, it should be driven by the need to accept and recognize the legitimate security needs of all regional powers. Third, regional and global efforts need to be invested in addressing the Israeli-Palestinian conflict and ending the more than ten-year-old Syrian civil war. Fourth, the United States and Europe should work together to revive the Joint Comprehensive Plan of Action (JCPOA) nuclear deal, restore a regional military balance of power between all Middle Eastern states, and support efforts to construct a new regional security architecture.

Both the Islamic Republic and the State of Israel are here to stay. Leaders on both sides need to accept each other and agree that on some key strategic issues they will maintain their disagreements. An Iranian-Israeli peace is unrealistic under current circumstances, but a détente between these two regional archenemies would go a long way toward defusing regional tension, preventing a devastating war, and bringing peace to the entire Middle East and beyond.

Dr. Gawdat Bahgat is a professor at the Near East South Asia Center for Strategic Studies at the National Defense University. He is the author of twelve books on the Middle East. The opinions expressed in this piece are the author’s alone and do not represent the views of the U.S. government or the policies of the Department of Defense.

An Israel-Iran War is Unlikely—for Now