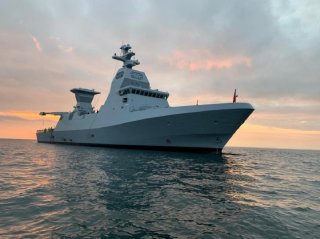 Israel engaged in what I call a “design spiral” to build these ships. That included making sure the payloads, such as the massive radar, could be incorporated. It also meant making it flexible and with a low radar cross-section. It is the boat with the highest firepower per square meter, the Israeli navy says. In the end, I will also have a 76mm cannon as its main gun, along with the missiles it carries. Together the firepower and defenses will be a gamechanger off the coast of Tel Aviv and extending far into the sea.