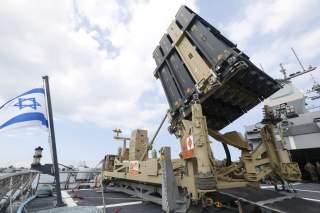 This is an important $125 million sale because it represents Israel’s inroads into eastern Europe, especially the Visegrad Group of countries that are becoming increasing allies of  Jerusalem. This includes Hungary, Czech Republic, Poland and Slovakia. The radars will be delivered between 2021 and 2023 ad they will be interoperable with NATO command and control. The deal was in the works for years.

Prague joined NATO in 1999 and the Bush administration wanted to base interceptors and missile defense radar in Czech Republic. The deal was signed in 2008 but cancelled by the Obama administration as part of the administration’s reset with Russia in 2009 and other changes in policy. Czech Republic refused an offer to base early warning radar in the country in 2011 and went looking elsewhere.

By 2016 it appeared to have signaled that Israel’s radar was its favored choice. Although media reports had indicated that the previous negotiations with the US were about fears of Russian missiles, the larger picture was that Prague needed to modernize its air defense.

Israel’s Iron Dome, which uses the radar Czech Republic is acquiring, has been key to defending the country successfully since the 2012 war and been racking up more successes in the last two years as more than 2,600 rockets were fired by militants in Gaza. The US has even looked at the system for short range air defense (SHORAD).

Iron Dome is one of  Israel’s multi-layered radar that was developed with US support, including the David’s Sling and the Arrow. David’s Sling is similar to the Patriot system. The radars have air surveillance and air defense capabilities. Elta, a subsidiary of Israel Aerospace Industries in Israel makes the radar which was sold to Czech Republic.

Czech industries will conduct thirty percent of the procurement locally.

In Israel the agreement is seen as part of a close and strong relationship between the countries. Director of Israel’s International Defense Cooperation Directorate (SIBAT), Brig. Gen. (Ret.), Yair Kulas  said he applauded the agreement.

“Today is monumental for the State of Israel due to the history of  Czech support for the State of Israel, since its establishment 70 years ago. This agreement will deepen and strengthen the cooperation and relations with our Czech partners. It is an expression of confidence in the capabilities of the Israeli defense establishment and defense industries and highlights the significance of Israeli technology in the face of the threats shared by the international community. We hope to see this agreement opening the door for further cooperation with our Czech partners and with additional NATO states.”

IAI VP and CEO of ELTA, Yoav Tourgeman said that the “MADR program expands the global use of the ELM- 2084, known as the ‘Iron Dome’ system radar, which currently includes over 100 systems contracted worldwide (including NATO countries). We are proud and honored to supply the best combat proven multi-mission radar to the Czech armed forces. These radars will propel forward the Czech Air-force capabilities and enable to confront the most advanced aerial threats. We believe that the MADR program will pave the path to additional cooperation between the Israeli and Czech defense industries.”